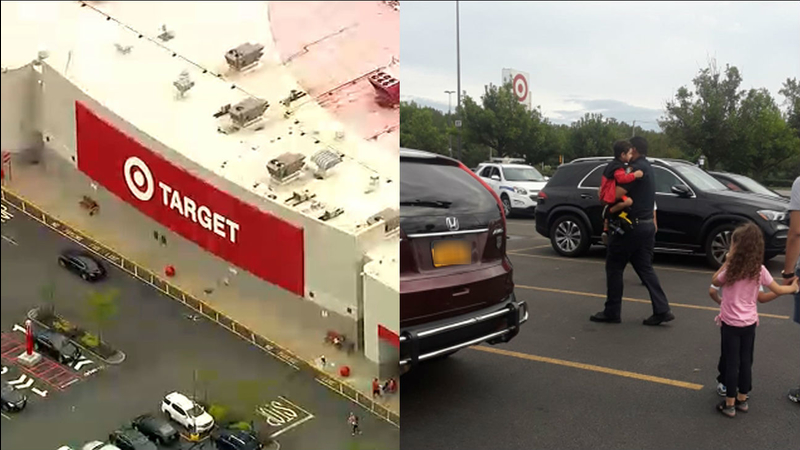 COLLEGE POINT, Queens (WABC) -- A young boy was found crying and alone inside a car parked at a Target in Queens.

The 3-year-old boy's mother, Mona Lisa Gomes, 32, is now facing charges after police say she left him unsupervised in the car with a jacket on while the temperature was 80 degrees outside.

A mother and her two daughters had walked out of the College Point store around 4:00 p.m. Friday when the younger daughter, Eileen, heard crying.

The older sister, Kristine Vicente, said she looked inside a nearby Honda CRV and saw the boy, who was sweating.

"The window was kind of opened, and (the toddler) was just telling me, 'I want air,' and like, 'I want my mom,' and everything. I'm trying to calm him down," Vicente said. "We were trying to see if we could fit our hands in or maybe see if the car was open. He was sweating. I could tell his cheeks were red. He was really hot."

Police responded to their 911 call, broke the window, and removed the child. He was taken to New York-Presbyterian Hospital in Queens for evaluation.

Gomes is facing charges of acting in a manner to injure a child, and reckless endangerment.

The FDNY rescued a 4-year-old child from a hot car in the same parking lot two weeks earlier.