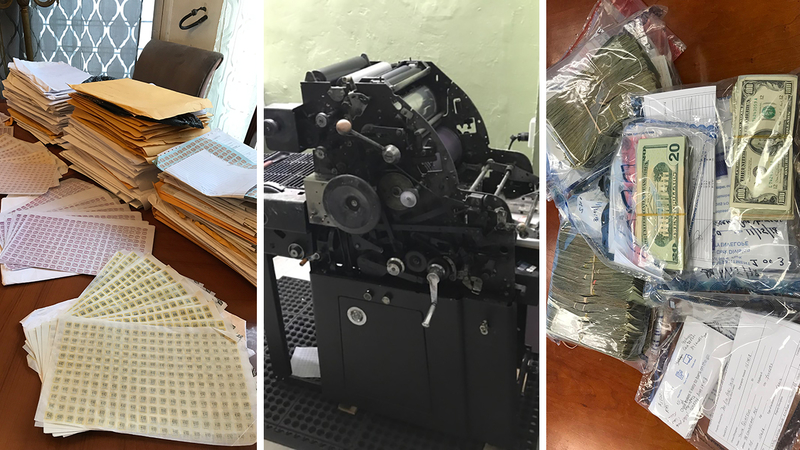 Authorities say thousands of cartons of cigarettes per week were brought from North Carolina to New York and then sold to stores throughout the metropolitan area.

Police recovered nearly 2 million counterfeit tax stamps, a printing press, more than $120,000 in cash and records that revealed the transfer of tens of thousands of dollars out of the United States.