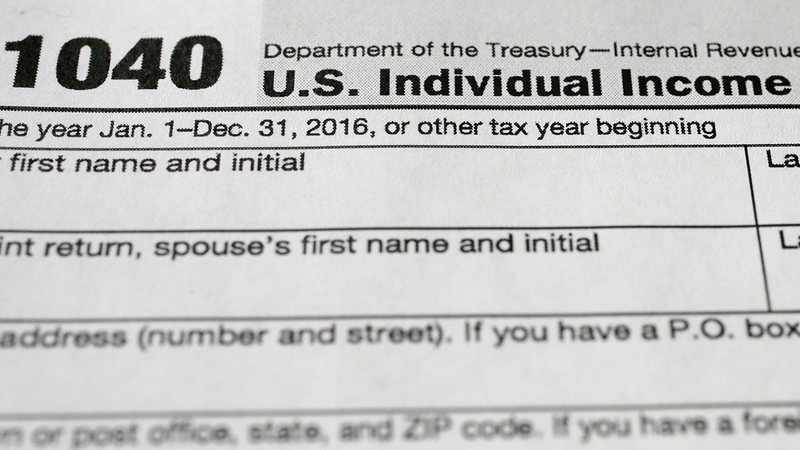 NEW YORK -- Connecticut, New Jersey and New York sued the Trump administration Wednesday over an IRS rule that weakens the states' attempts to work around a cap on state and local tax deductions.

Attorneys general for the three states filed the lawsuit against the Treasury and IRS in federal court in New York.

The suit argues that a June IRS rule is "arbitrary, capricious, an abuse of discretion," and asks the court to declare it unlawful.

A spokeswoman for the Treasury declined to comment, but the department has said before that the regulation is "based on a longstanding principle of tax law."

The suit stems from the aftermath of the 2017 tax overhaul that capped so-called SALT deductions. That meant that federal taxpayers could not deduct more than $10,000 in local and state levies on their federal returns, when before there was no limit.

The cap affected taxpayers in states with high property taxes like those bringing Wednesday's lawsuit.

The move was seen as political by some, and the Democratic governors of the three plaintiff states criticized President Donald Trump and the Republican-led Congress that passed the tax bill.

"This was a purely partisan bill and - let's be frank - aimed directly at blue states like Connecticut, New York, and New Jersey. It's unfair, discriminatory, and unconstitutional," Connecticut Gov. Ned Lamont said in a statement.

In response to the cap, Connecticut, New Jersey and New York changed their laws seeking to get around it.
The changes, by and large, allowed taxpayers to make local tax payments to charitable funds set up by towns and school boards, for example, and in return get tax credits. Since the federal law did not limit charitable deductions, the states argued, those deductions could be made on federal returns, thus preserving some of the SALT deduction.

In New Jersey's case, for instance, the credits could be worth up to 90% of the contribution.

But in June, the IRS issued a final rule that said taxpayers have to subtract the value of their local tax credit from their charitable donations. So, for instance, a $1,000 payment would get a credit worth $900, but only $100 could be deducted.

The suit says that least 33 states have created more than 100 such programs, and the IRS has always permitted taxpayers to claim the full federal charitable deduction.

The Treasury Department said previously that if taxpayers get a valuable benefit in return for a donation, they can only deduct the net value of the donation.

A message seeking comment was left with the IRS.