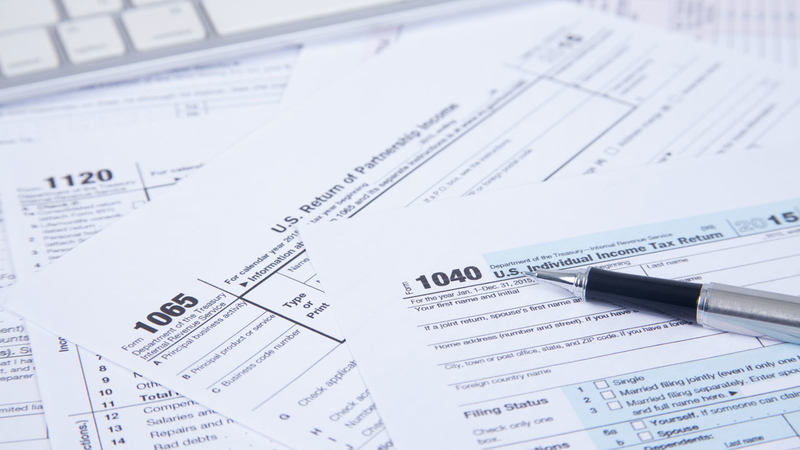 CHICAGO -- The IRS told our sister station ABC7 Chicago that people are being targeted by scams from all directions. Not only are there fake IRS calls, but there are new tax scams gaining popularity, including one where your entire tax return can vanish.

More than 12,000 victims have lost $63 million for fake IRS calls from thieves trying to fool people into sending money. But the IRS said they will never call you demanding immediate payment.

Now experts say your entire tax return is being targeted. The IRS says the "entire tax preparation community must be on high alert this filing season" because of numerous database breaches in 2017, including the massive Equifax breach. Your personal information is at risk.

"The hackers take that and file a fraudulent return on your behalf and wind up stealing your tax refund," Guccione said.

Security experts at Keeper in Chicago said the scammers can also get personal information by phishing and sending spoof emails, making it look like the email is coming from someone you trust. That's what happened recently in the Village of Batavia, and employees are now at risk because scammers sent an email pretending to be an administrator and compromising village employees' W-2s.

"It's a huge problem now because now that organization has those W-2 forms, they can go and fill out a 1040 easy, file the tax return, claim the refund, and they are off to the bank, off to the next victim. That is the problem we are seeing far more prevalent and way more pervasive," Guccione said.

Batavia is now offering their employees free credit monitoring, and experts are urging everyone to file their returns as soon as possible.

"W-2 forms, 1099s, other tax information including tax transcripts, the amount of information hackers are receiving has greatly increased and as a result it is advisable to file returns as quickly as possible," said Guccione.

The IRS is also warning about another scam where thieves actually deposit your tax return into your own account and then fool you into giving your money back to them.

MORE FROM THE IRS ON TAX SCAMS

IRS Criminal Investigation Chicago Field Office Special Agent in Charge Gabriel Grchan has a warning:
"IRS Criminal Investigation urges Chicagoans to be extremely vigilant and skeptical this tax filing season. Never open a link or attachment from an unknown or suspicious source. Even if the email is from a known source, approach with caution. Cybercriminals are adept at mimicking trusted businesses, friends and family and are getting better at it every day. I can't say this strongly enough, the IRS will never contact you via email or telephone to ask for money or your personal information."

"Be careful when choosing a tax return preparer. Even though you've hired someone to prepare your income tax return, you are ultimately responsible and liable for the accuracy of the information."

W-2 Phishing Scheme
W-2 phishing schemes are out there and we strongly urge payroll and human resource professionals to be aware of this phishing email scheme that purports to be from company executives and request personal information on employees.

Impersonation Phone Scams
*As of December 31, 2017, Treasury Inspector General for Tax Administration (TIGTA) reports that they are aware of at least 12,238 victims who have collectively paid over $63 million as a result of phone scams.

Note that the IRS doesn't:
Call to demand immediate payment using a specific payment method such as a prepaid debit card, gift card or wire transfer. Generally, the IRS will first mail you a bill if you owe any taxes.
Threaten to bring in local police or other law-enforcement groups to have you arrested for not paying.
Demand payment without giving you the opportunity to question or appeal the amount they say you owe.
Ask for credit or debit card numbers over the phone.

Below is Treasury Inspector General for Tax Administration (TIGTA) latest State-by-State numbers of victims and losses as of December 31, 2017. The numbers are cumulative beginning from when TIGTA began tracking these scams. Here are the figures for the state of Illinois, which ranks 4th highest in the nation by dollar loss.

Still popular but On The Decline!

The most common ones are IRS phone calls that threaten the IRS is filing a lawsuit against consumers for unpaid debts or that the IRS has a warrant out for their arrest and will send authorities to their house unless they pay.