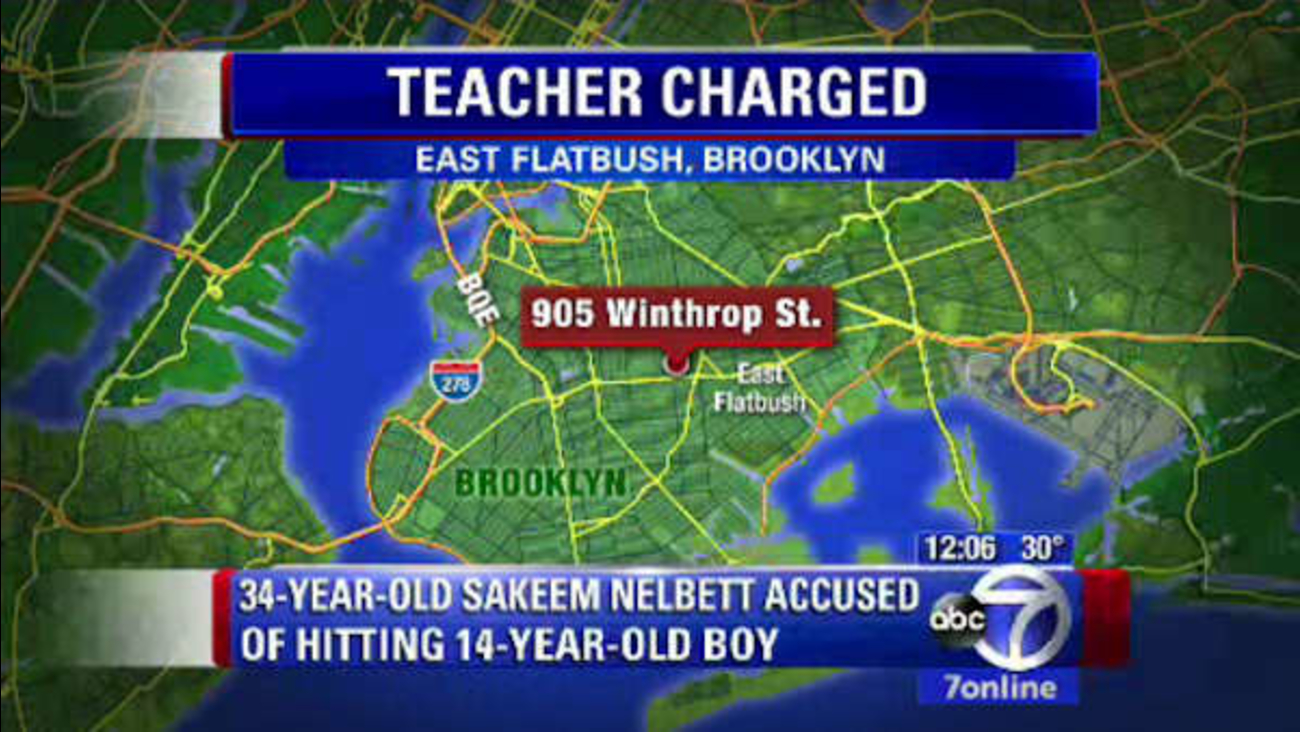 BROOKLYN, N.Y. (WABC) -- A teacher has been accused of hitting a 14-year-old boy in an East Flatbush school.

Sakeem Nelbett, 34, was charged with assault and acting in a manner injurious to a child younger than 17.

According to the New York City Police Department, the student at the Middle School for Marketing and Legal Studies, told police Nelbett hit him across the face Monday afternoon. The student was not seriously injured.

Nelbett was reassigned and will not be in contact with students, school officials said.

"This alleged behavior is reprehensible. Mr. Nelbett has been removed from the classroom, and will remain far away from our students and schools," said a statement from the Department of Education.