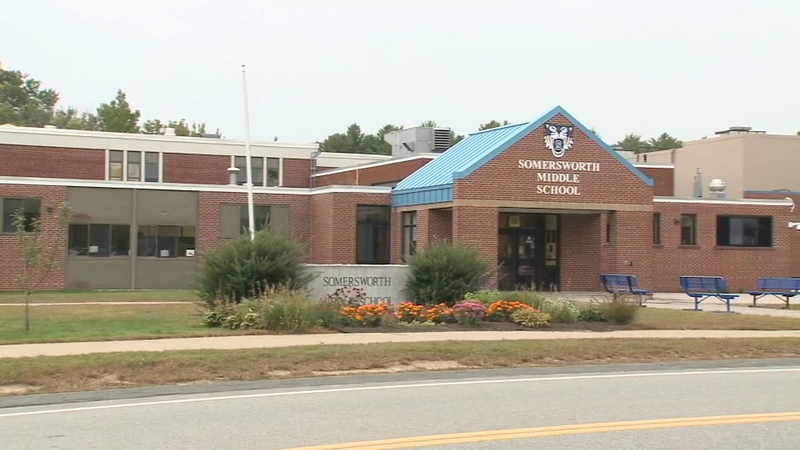 SOMERSWORTH, New Hampshire -- A mother is calling for her daughter's middle school teacher to be removed after he allegedly cut her child's hair.

Jillian Miglionico says her daughter's teacher threatened her, and then took a pair of scissors and cut her hair.

"I don't want this man around my child," Miglionico told WMUR.

One week ago, Miglionico says the principal of Somersworth Middle School called her after a teacher's aide came forward and reported the incident.

"He grabbed her hair and cut it off," Miglionico said. "My daughter wasn't even the one to report the incident because she was scared and embarrassed."

During class, the mother says the teacher told her daughter to stop playing with her hair.

"She didn't, and he threatened her and said, 'Well, if you don't stop playing with your hair, I'm going to cut your hair off.' And she was like, 'No you can't do that.' He said, 'Oh yeah? Watch me,'" Miglionico said.

Using a pair of scissors, Miglionico says the teacher cut a piece of her daughter's hair.

"She had to defend herself and put her math binder in her face for protection. Anything could have happened to her," Miglionico said.

She added that the teacher was absent from school for three days during the internal investigation, but soon returned to the same classroom as her daughter.