'A teacher to the end' In lieu of flowers at her funeral, educator requests backpacks with supplies for kids in need 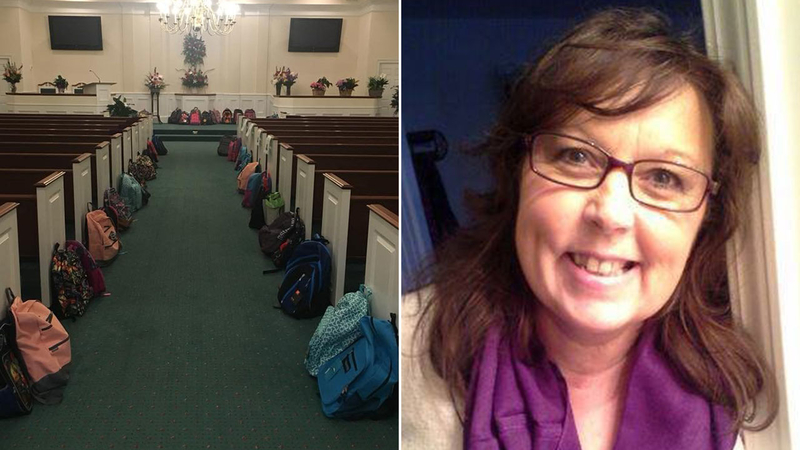 Teacher requests backpacks in lieu of flowers at funeral

In a gesture that loved ones called symbolic of her life, a Georgia teacher who was fighting colon cancer had a special request for her funeral. In lieu of flowers, Tammy Waddell asked for backpacks full of school supplies for kids in need.

My cousin’s final request at her funeral was Backpacks full of supplies for needy students instead of flowers. A teacher to the end. @TeachersNet @edutopia @EdWeekTeacher pic.twitter.com/eGig25tYwH

"Her final lesson was about serving others. That [was] what she had done her whole life," her cousin, Dr. Brad Johnson, wrote to ABC.

Waddell, 58, had beaten colon cancer once and was in remission but complications came up, Johnson said. When she learned she might not make it much longer, she discussed the backpack idea with her family.

When Waddell passed away earlier this month, the family shared Waddell's wishes in her obituary. Donations came in from around the world, Johnson said.

At her funeral, about 100 teachers served as "honorary pallbearers." Johnson said the teachers, who had all worked with Waddell over the years, brought the backpacks with them back to their schools.

Waddell worked as an elementary school teacher and paraprofessional for three decades.

She leaves behind a big family including a husband, two kids and four grandkids.

Johnson tweeted that backpacks are still being accepted in Waddell's honor.

back packs can be sent to: pic.twitter.com/62D6ALVF7L