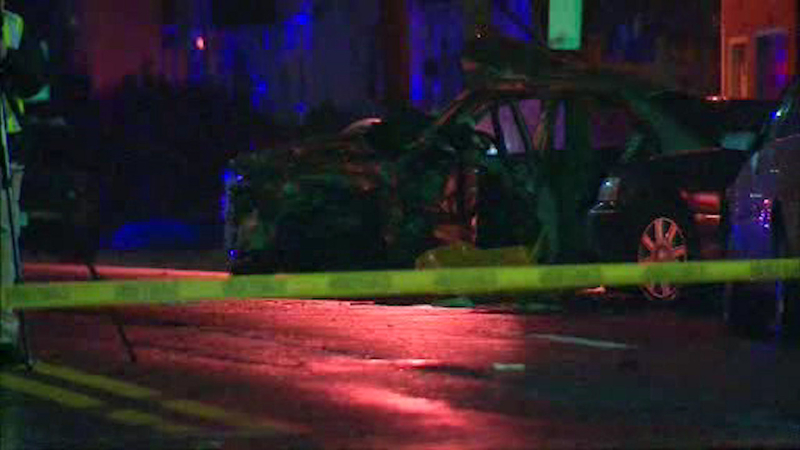 TEANECK, New Jersey (WABC) -- A woman was killed in a two-car crash in New Jersey, on Thanksgiving.

It happened around 4:15 p.m. on Thanksgiving Day in Teaneck.

The woman was driving in a Honda Civic southbound on Queen Avenue when she collided with a Honda Accord travelling west on Degraw Avenue.

The crash occurred at intersection of Degraw Avenue and Queen Anne Road, but the impact was so hard that cars ended up one block away.

There is a traffic signal at the intersection and police do not yet know who had the green light.

The woman in her 40's was taken to Hackensack Hospital in cardiac arrest where she later died.

Police are talking to the male driver and his female passenger in the Honda involved in the crash who were also injured.

The driver in his 50's was taken to Holy Name Medical Center with chest pains.

His 69-year-old passenger suffered leg and internal injuries and was taken to Hackensack Hospital.

So far the identity of the woman killed in the crash has not yet been released.