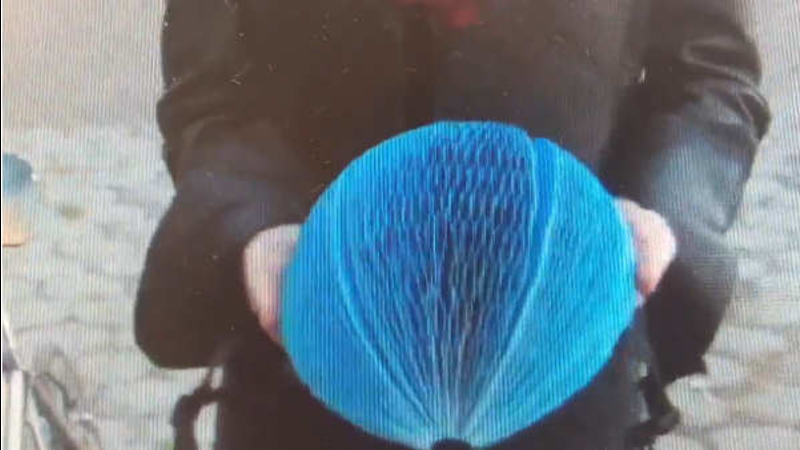 BROOKLYN, New York (WABC) -- An industrial designer from Brooklyn is turning -- and protecting -- heads with an invention that could change bike-share safety for the better.

"Using bike share and either having to carry a helmet with me all the time, or not wear a helmet, or buy an expensive new one, which I didn't want to do, it just seemed like there was something missing in the bike-share ecosystem," Isis Shiffer said.

And as the saying goes, necessity is the mother of invention. And what Shiffer needed was a foldable, disposable and useful bicycle helmet.

Her solution is honeycomb patterned and made of heavy-grade paper, which might not seem like the best material. But the paper helmet may defy logic.

"In the event of a crash, every cell is perpendicular to the head," Shiffer said.

According to the Shiffer, the helmet is eco-friendly, waterproof, crash-resistant and is currently being certified by independent safety experts.

So what's next? Shiffer is hoping the helmets will eventually be found at bike-sharing docks around the world. They'd have to install vending machines, and they'd be sold for less than $5 or be given out for free.

"It's easily bendable," she said. "Not every city is equipped to add vending machines to the bike share, but since you can pack so many of them into a small space, I think distribution options are dramatically expanded."

Convincing bicyclists it can do the job might be the easy part, though. The hard part might be convincing them they'll look good wearing them.