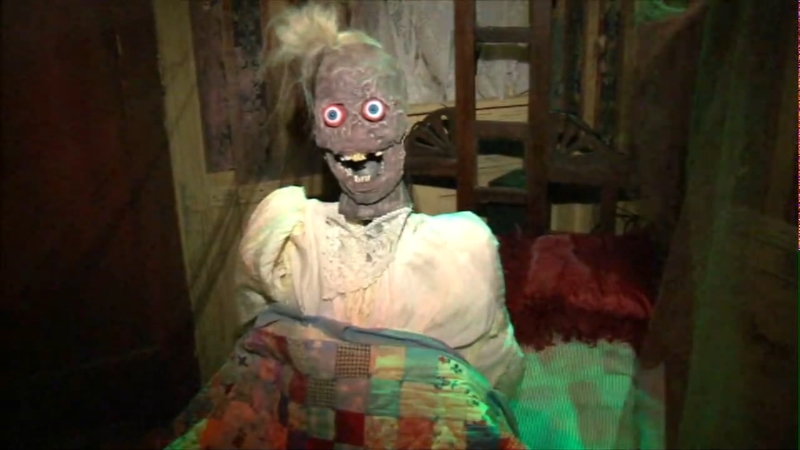 Once a thriving seaside resort in the late 19th century in Coney Island.

But it was built on top of a cemetery, and the only thing thriving in here today are ghosts.

From talking portraits to upside down rooms, to a screaming corpse, the elaborate high-tech production is an annual project by students at the New York City College of Technology.

It takes 120 undergrad students two months to build the haunted house, and then a dozen students and five actors to run it.

"Every camera that we have is set up in this big monitor right here," said Alejandro Suquisupa, a student.

"I'm listening to the audio that is recorded of the people who come through, but there's also like they have a communication system so that they can talk to everyone who's running the show," said Gillen Kiernan, a student in the control room.

But it's so much more than sound and lighting.

"This attraction is run very similarly to places like Disneyland or Universal at Hollywood," said Susan Brent, a professor. "It's designed to run off a system called Media Lawn and there's 16 sensors attached to that hardware and software system, and then that system talks to the lighting sound and video systems and triggers it at predetermined times, cuing just like any other show."

It runs every night at the college in Downtown Brooklyn until Halloween.