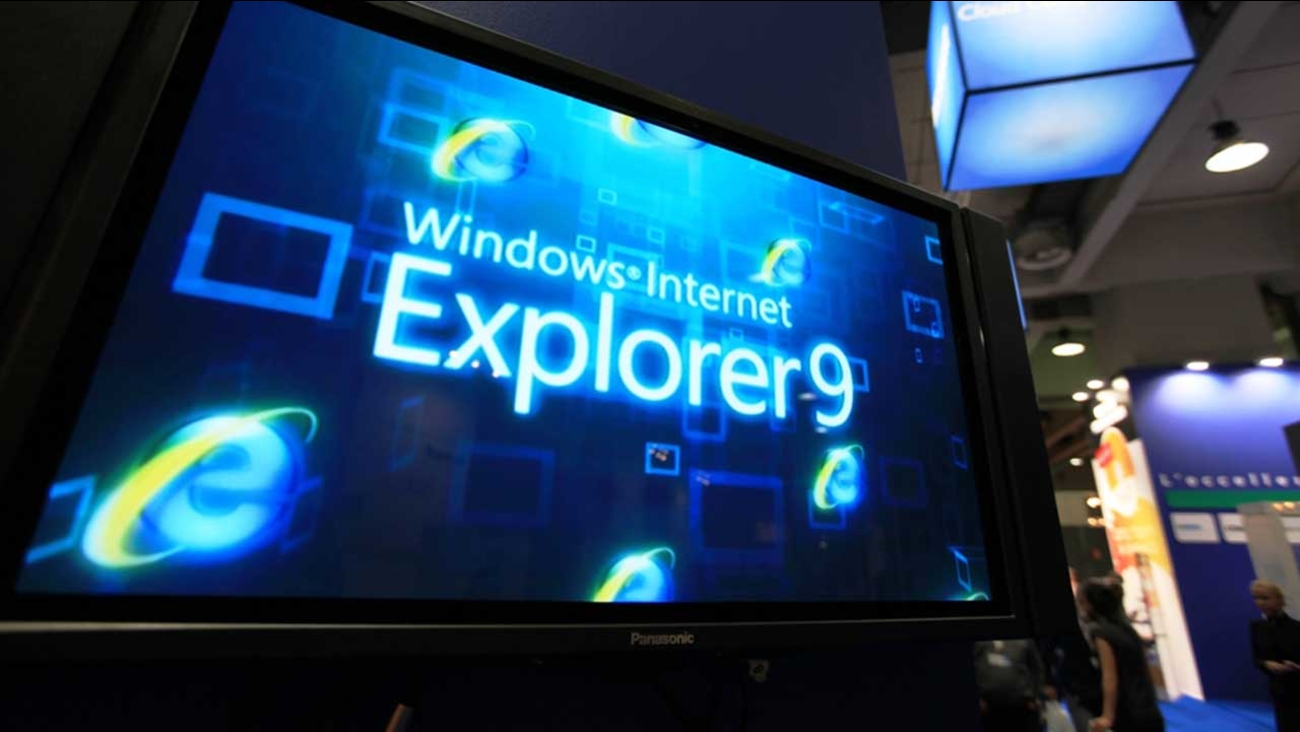 WABC
Social media users will miss Internet Explorer ... or at least miss making fun of it.

Part of me is going to miss Internet Explorer. The other part of me crashed due to an error and now won't operate correctly.

The Verge reported Tuesday that Microsoft would be launching a new browser, complete with a new name. That could mean Internet Explorer's days are numbered.

Internet Explorer will continue to exist in some versions of Windows 10, but this is just to make the transition smoother, as the new browser (tentatively named "Project Spartan" for now) will become the default, the report says.

"IE will live on, but only as plumbing," according to the report.

As news spread that IE could be phased out, the Internet took the opportunity to mock its dinosaur reputation one last time.

It is known by many as the browser of the 1990s, and even the brand itself embraced this reputation until recently. It started a "child of the '90s" campaign in hopes of getting a boost from nostalgia.

But for many social media users, the brand's outdated reputation continues to be a negative. This was a source of jokes on the browser ... and on those who use it.

This morning Internet Explorer awoke in a mass e-grave, right next to MySpace and Friendster.

In addition to its old-timers' reputation, the Internet has long picked on the browser's functionality, saying that it crashes often, creates viruses and is slower than competitors.

Internet Explorer may be dead but its memories will live on forever in our viruses.

Goodbye Internet Explorer and thank you for the wonderful memories. http://t.co/RsEwDebvmg pic.twitter.com/vpn6QVjCKf

One of the few voices sounding in Internet Explorer's favor was actress Zooey Deschanel, who posted a link to her blog that lamented losing another relic of the 1990s.


Even Deschanel, though, did not own up to using the browser.

The blog post said of the announcement, "That brings us simultaneous levels of nostalgia pangs, and realizations that we haven't actually used Internet Explored in many, many moons."

How do you feel about Internet Explorer? Do you think Microsoft would be smart to create a new browser? Let us know in the comments.
Related topics:
technologyinternetsocial mediamicrosoft
Copyright © 2020 WABC-TV. All Rights Reserved.
More Videos
From CNN Newsource affiliates
TOP STORIES