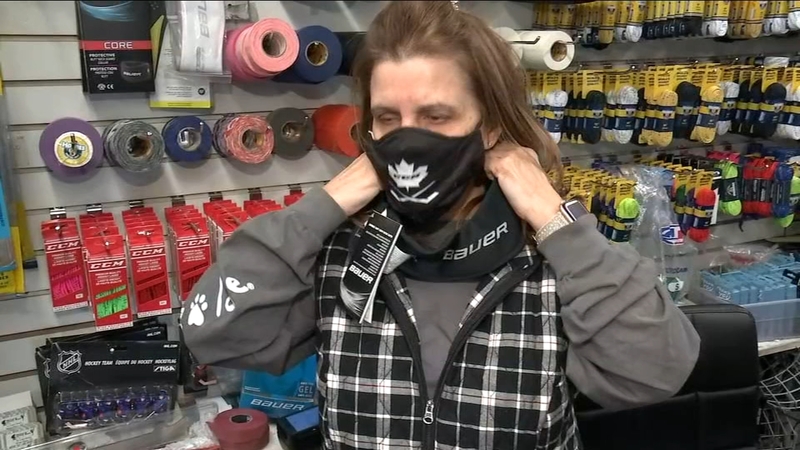 WHITE PLAINS, New York (WABC) -- A tragic story about the death of a high school hockey player could lead to a widespread lesson in sports safety.

An unexpected sales boom has been born from tragedy.

Neck guards have been selling out at hockey equipment stores like Peck's Skate Shop in White Plains. Even the owner's sons are now wearing them.

While some complain the collars, some made of kevlar, are uncomfortable -- they're designed to prevent neck lacerations from skate blades.

Now an online campaign is underway to make them a mandatory piece of equipment, something that perhaps could have saved Teddy Balkind's life.

A Connecticut high school hockey player died after a collision during a game Thursday evening.

"Everything he did made sure to do it with a smile on his face, he always put others before him," petition organizer Sam Brande said.

Brande was Balkind's friend and started the Change.org petition to USA Hockey.
Some leagues require neck guards. But others, like the one comprised of private schools in Connecticut where Balkind played, only suggest that players wear them.

"I'm not saying that guard would have saved his life it just feels like it could have been an avoidable accident and it was a total freak accident to no one's fault and it just feels like we didn't have to experience that if there was already a rule in place," Brande said.

While some youth coaches say an injury like the one Balkind suffered is extremely rare, they acknowledge some protection is better than none and say more data is needed to see if the equipment is effective.

"If they are uncomfortable or not convenient for players to wear how can we redesign them so that they're more likely to be worn and more likely to protect those who skate and it's a risk that we all take everyday," youth coach Matthew Cook said.

So far, over 50,000 people have signed the petition, but the target number is zero -- as in preventing a similar event from ever happening again.