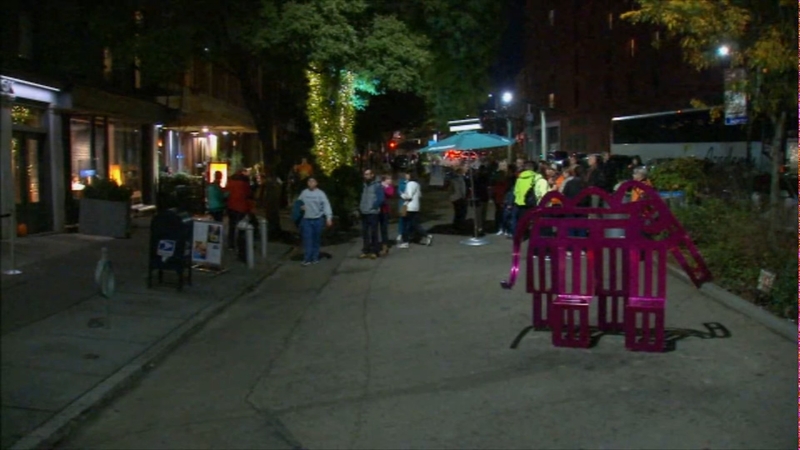 DUMBO, Brooklyn (WABC) -- Police are searching for the teenager behind a seemingly random attack in Brooklyn, who took a selfie with his victim after knocking him out.

In the heart of Dumbo just across from Brooklyn Bridge Park, the shocking and violent attack Thursday night turned eyes away from the picturesque skyline.

According to police, a 43-year-old man was leaving Shake Shack on Old Fulton St. around 9:15 p.m. when he was randomly ambushed by a teen who punched him in the face.

Marcus Solis reports on the investigation into an attack in Brooklyn.

The victim hit his head on the sidewalk and was lying helpless when witnesses say the teen then took a selfie before running off.

"It's pretty messed up that it's like a thing to just go and beat up a random person just because they think it's cool to put online," said Peter Kim who frequents the area.

"The need for attention and getting a name or presence is superseding the idea of compassion and human decency," said Katie Palmer who works in Dumbo.

Recovering in intensive care at a nearby hospital, the victim spoke with Eyewitnesss News briefly by phone stating,"There's not enough security in the area; This is a major tourist attraction and there should be more security."