WABC
By CeFaan Kim
LEVITTOWN, Long Island (WABC) -- A police search is underway for the driver who killed an 18-year-old college student from Long Island.

The father of 18-year-old Taranjit Parmar says she had a giant heart, no matter the circumstance, and was always full of kindness.

It was Thursday around 5 p.m. in the middle of the evening rush in bumper to bumper traffic when Parmar was struck and killed by a hit and run driver on a busy stretch of Hempstead Turnpike. A driver in a red pickup pulled out into traffic, directly into the path of Parmar's SUV.

The collision was minor, and both drivers pulled off the road. Parmar then got out of her car, and the driver ran her down before fleeing the scene into rush hour traffic.

"I was always told everybody who would listen to me, you know, if you're going to have a daughter, this is the one, you know how people say. And we've been blessed, and I don't know what else to say," said her father, Ranjit.

Eyewitnesses say the hit and run driver dragged her 25-30 feet, killing the 18-year-old Levittown woman as she was on the phone with her mother. Her father tonight shares their family’s pain. pic.twitter.com/bmQkEkD3Rq

Parmar called her mother moments after the fender bender - a conversation her mother says she will never forget.

Parmar was studying to be a dentist, and was returning from classes at Adelphi University, shattering her dreams and so much more.

"It's in my dreams too, so. I work in Manhattan on the Lower East Side, and I know that she wanted to go to NYU Dental, and it happened to be one block from where I work, and I used to tell her, 'you know when we go there, we're going to have lunch together,'" said her dad.

Tuesday would have been Parmar's 19th birthday. As the family is planning her funeral, they are trying to avoid holding it on the same date.

Police say the driver who hit Parmar was driving a red pickup that appeared to have removable flashing emergency tail lights.

Detectives request anyone with information regarding the incident or who may have seen some or all of the accident to contact Nassau County Crime Stoppers at 1-800-244-TIPS. All callers will remain anonymous. 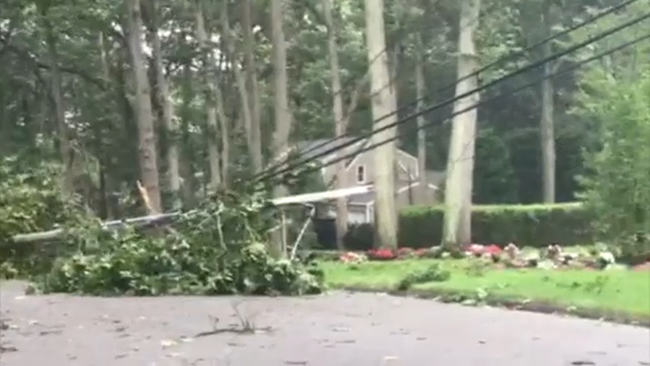