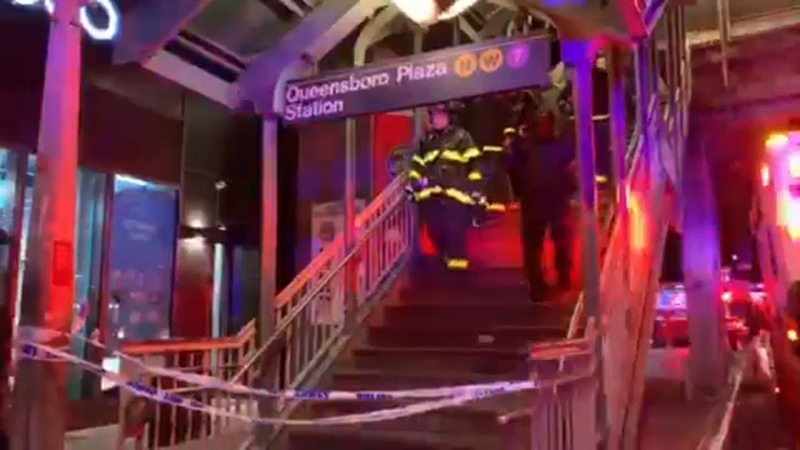 LONG ISLAND CITY, Queens (WABC) -- Police are investigating after a teenager was found dead on the train tracks at the Queensboro Plaza station in Long Island City.

Police tell Eyewitness News they're investigating whether he had been surfing on a train.

They say it's possible a fixed object struck him.

The incident held up service for several hours. 7 and N trains ran on alternate tracks and were delayed.

"Surfing" subway trains, meaning lying on top, is illegal, and authorities consider it a common but dangerous activity that often involves youthful daredevils.