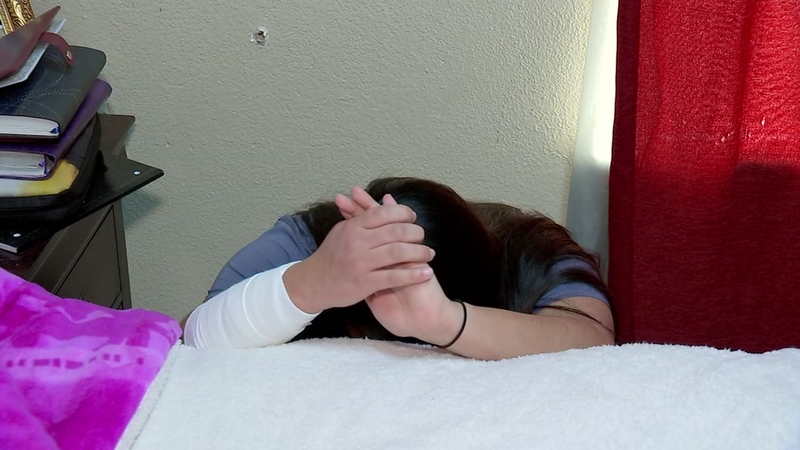 A 17-year old girl was grazed by a bullet while praying on her bed.

HARRIS COUNTY, Texas -- A teen is recovering after deputies say she was shot in the arm while praying in her Texas home.

Kimberly Mendoza, 17, spoke only to sister station ABC13 in Houston, saying she had just knelt down for her nightly prayer.

Investigators say the girl was in her room, kneeling down and praying when a bullet came through the wall of her home.

Mendoza recalled, "I feel something but I don't realize what happened."

The bullet had come through the wall behind her and grazed her arm, which was lying across her bed during her prayers. The bullet only missed the back of her head by inches.

Mendoza says she was asking God for strength when the bullet came flying through the wall. She told ABC13 that she received something much greater -- her life was spared.

Deputies say they believe the bullet was fired from an apartment complex near her home.

Mendoza was taken to the hospital and treated for her injury.

No arrests have been made, but deputies say this situation could have been a lot worse if the girl had not been kneeling.