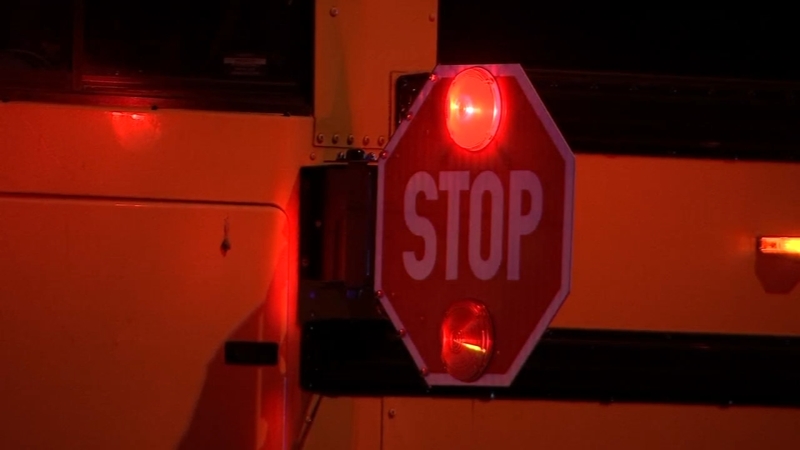 SICKLERVILLE, New Jersey -- Police in Gloucester Township are investigating after a teen girl was hit by a vehicle while getting off the school bus on Tuesday night.

It happened at 7:25 p.m. on Kearsley Road at Cedar Grove Drive in the Sicklerville section of the township.

Police said the 14-year-old girl was getting off the Camden County Technical School bus when she was hit by the driver of a Kia Forte as she was trying to cross the street.

When sister station Action News in Philadelphia arrived on the scene, the bus' lights and stop sign were both activated.

Neighbors Eric and Patty Scanlon were some of the first people to run out to see what happened.

"It was shattered, the windshield was shattered," Patty Scanlon said "When we went out, they were putting the young lady on a stretcher, and she was conscious and talking."
EMBED More News Videos

Police in Gloucester Township, New Jersey are investigating after a teen girl was hit as reported by Bob Brooks during Action News at 11 on January 21, 2020.

The girl was transported to Cooper University Hospital, where she is reportedly being treated for injuries to her leg.

Police said the driver did stay at the scene.