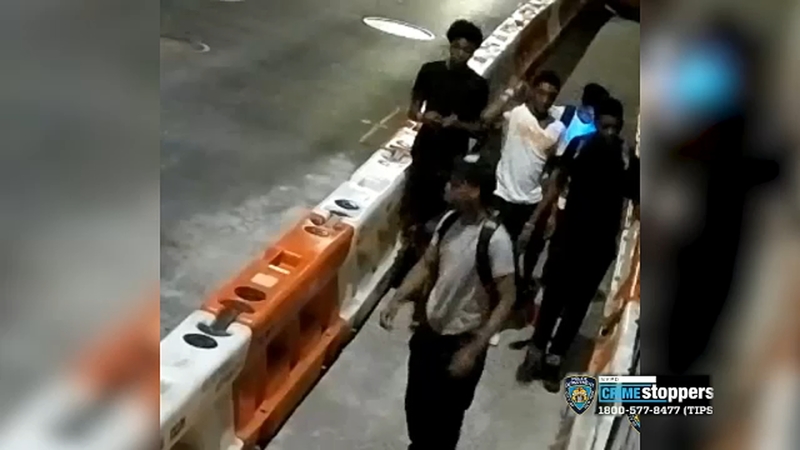 MANHATTAN, New York City (WABC) -- An intense manhunt is underway for the suspects behind a string of violent muggings in Manhattan.

Police have connected a group of five teens to three separate attacks in Central Park and SoHo.

In each case the suspects violently beat the victims, took their phones and sometimes cash.

The NYPD released surveillance video of the teen suspects walking down the street.

The first victim was a 20-year-old man who was walking through the park at West 66th Street and Central Park West.

The muggers beat him and took his phone before running away.

Ten minutes later they knocked a 68-year-old man to the ground and took his wallet with several hundred dollars inside.

Investigators say the crime spree started about an hour earlier in SoHo.

A 25-year-old man was approached by the group at 4 a.m. They asked him for the time.

The males proceeded to punch and kick the victim before stealing his phone and air pods.

Police say it is possible the teens took the subway to the first location and then up to the West Side.

Robberies are up in Central Park so far this year, and police are asking people to stay alert.