Teens steal woman's cane, then beat her with it in Queens 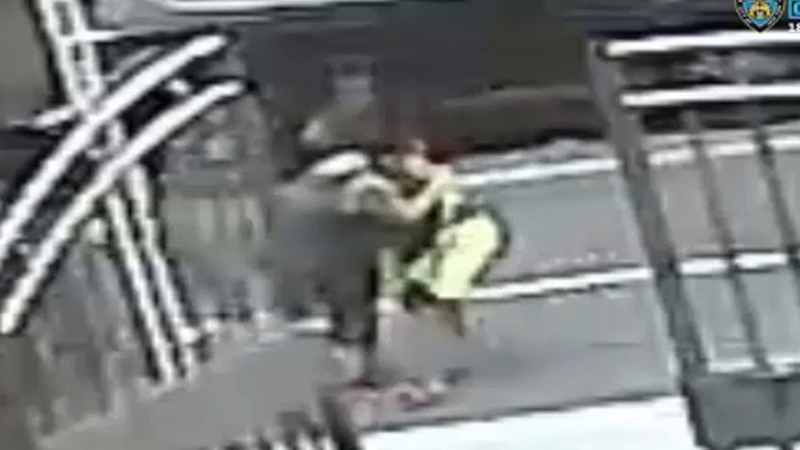 Teens steal woman's cane, then beat her with it in Queens

JAMAICA, Queens (WABC) -- Police are looking for a group of teens caught on camera stealing a 67-year-old woman's cane and then beating her with it.

The victim, who wished to remain anonymous, was walking along 169th Street in Jamaica, Queens around 9 p.m. on August 4 when she noticed two teenage girls. She said was looking at one of the girls because she was wearing colorful shoes.

"One of them turned to me and said, 'Do you like what you're looking at?' ... It was to start something, you know?" the victim said.

As the victim started to walk away from the confrontation, the girls followed her and called their friends, who arrived in a car.

The teenagers were seen on video stealing a cane away from the 67-year-old woman.

Once they got the cane, they pushed her to the ground, took her cell phone and then beat her with the cane as she was on her knees, helpless.

"I didn't even realize that they had knocked me down while I was down there," the victim said.

The group then jumped into a late model Nissan Altima. The woman said she recorded the incident on her cell phone, but the group stole it and threaten to run her over when she tried to get it back.

Fortunately, the woman was not seriously hurt, but emotionally, she said she's scarred.

"I've been very jumpy, and I'm not feeling too steady. I've just been trying to work through it," she said.

Police are also investigating another attack involving a cane, this one on Aug. 26 in the Bronx.

A 67-year-old woman told police she was riding an MTA bus when two females with a stroller entered the bus and bumped her with the stroller, leading to a dispute.

The woman was then struck with a cane, causing pain and bleeding in her mouth.

There have been no arrests in that case.

Anyone with information in regards to the above incidents is asked to call Crime Stoppers at 1-800-577-TIPS (8477). The public can also submit tips by logging onto the Crime Stoppers website at WWW.NYPDCRIMESTOPPERS.COM or by texting their tips to 274637 (CRIMES) then enter TIP577.