'The Aeronauts' review: Film captures your imagination, but not your heart 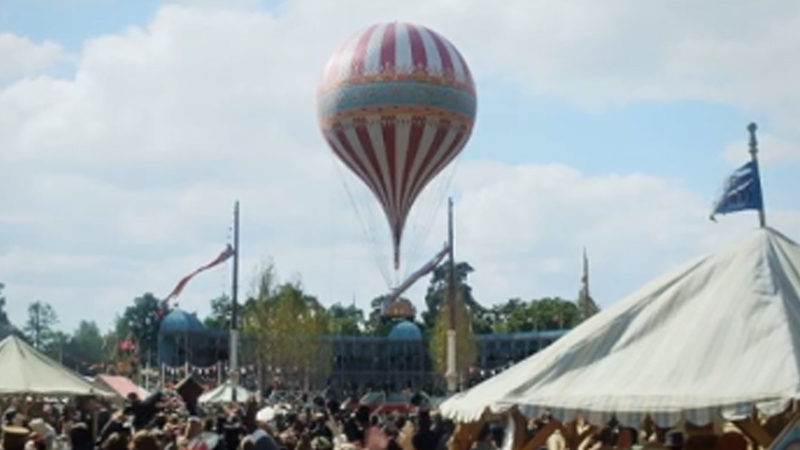 'The Aeronauts' review: Sandy Kenyon says film captures your imagination, but not your heart

With so many terrific movies arriving in theaters this month, it's hard to recommend paying to see a picture that falls short of greatness -- especially when millions of people will soon be able to stream it for free on TV. Still, "The Aeronauts" managed to hold my interest.

Almost a century before a man first flew a plane, a woman piloted her balloon and inspired a character played in the new movie by Felicity Jones.

A scientist played by Eddie Redmayne is also based on a real person, but in actuality the two never flew together.

James Glaisher (Redmayne) is a pioneer meteorologist in the 1860s.

"To predict the weather could save hundreds of thousands of lives," he tells his scientific colleagues.

Still, they call him "a fortune teller."

To prove them wrong, he recruits Amelia Wren (Jones) to help him.

He crashes a social function she is attending and tells her, "I need to make studies of the air. I need you to fly us higher than anyone's ever been."

She agrees reluctantly, and soon the pair face thunder and lightning aloft.

Redmayne earned an Oscar when these two performers shared the screen for "The Theory of Everything," but "The Aeronauts" is a far less cohesive movie.

I admired these aerial pioneers but never really got to know them, because too much of their story is left unexplained.

What does work, however, is the 21st century digital technology used to show flight as it was in the 19th century.

"The Aeronauts" will soon be available on TV for Amazon's Prime customers, who may well want to wait rather than pay to see it in theaters -- but this film's stunning visuals can best be appreciated on a big screen.

I just wish the story on the ground was as good as the action above the clouds.