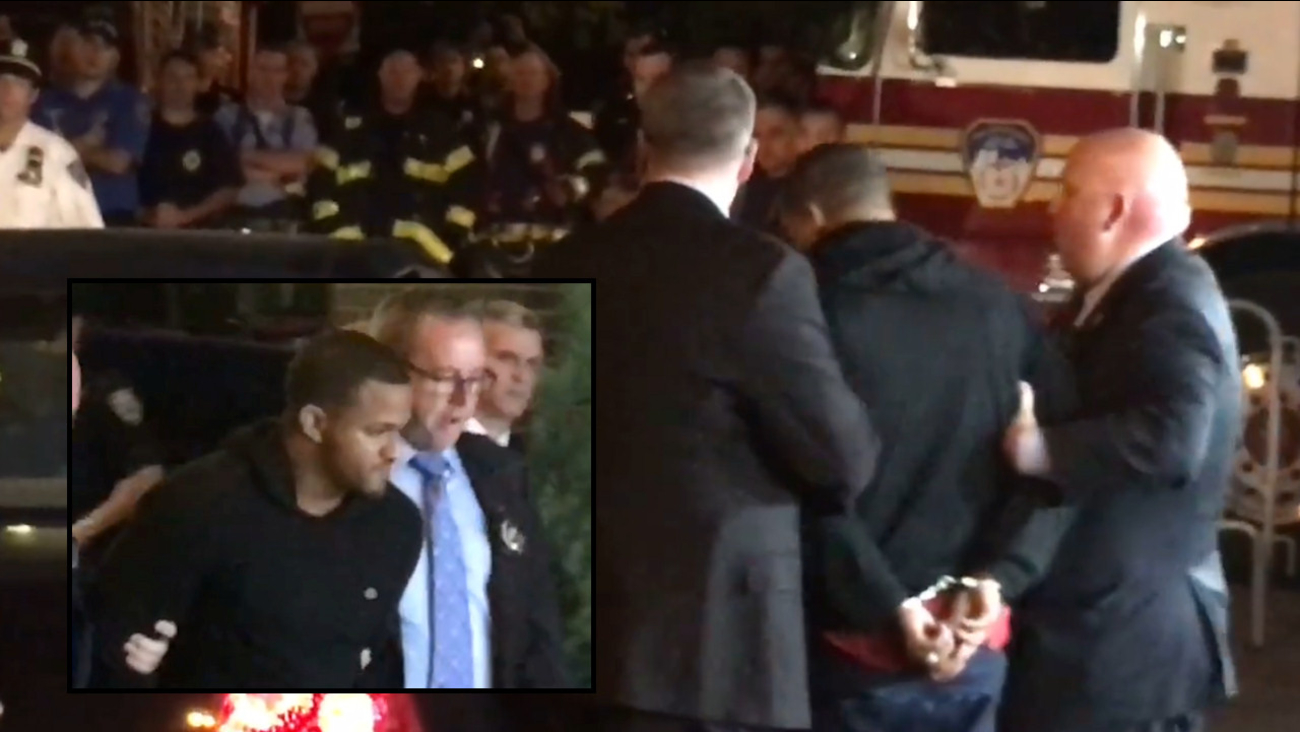 "This is an extremely rare instance where someone is being held criminally responsible for conditions that caused the death of a firefighter in the line of duty in New York City," Bronx District Attorney Darcel Clark said Friday in announcing that Garivaldi Castillo and Julio Salcedo had admitted to manslaughter and marijuana possession.

Castillo, 33, has been promised a two-to-six-year prison term, Clark said. Salcedo, 36, is to be sentenced to one to three years.

The September 2016 blast killed Michael Fahy, a 17-year fire department veteran whom Fire Commissioner Daniel Nigro called "a star" of the department. Fahy had earned a law degree and briefly worked as an attorney before deciding to become a firefighter, as his father had been.

He was 44 and a married father of three.

He "spent the last moments of his life of public service saving others," Clark said.

After responding to a report of a gas leak at the two-story house, Fahy was directing operations from the street. He ordered the occupants to leave shortly before the building blew up with such force that it moved mugs in a cabinet several blocks away.


A section of the exploding home's slate roof hit Fahy and killed him.

The leaking gas couldn't escape through its foil-covered second-story windows, Clark said. She said marijuana plants, heaters and fertilizer were found in the home.