'The Courier' review: An absorbing, fun spy thriller that had Sandy Kenyon on the edge of his seat 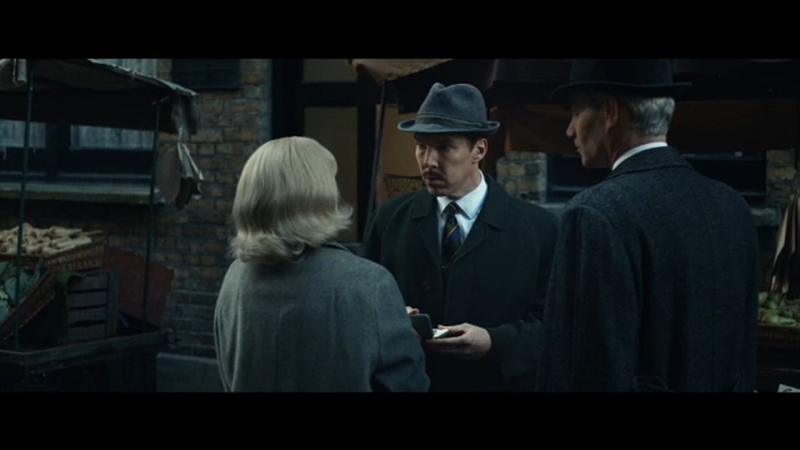 'The Courier' review: An absorbing, fun spy thriller based on a true story

I see more than 200 movies every year for work, and viewers sometimes ask me to name the films I see just for fun, "The Courier" is one such film.

I majored in history at Princeton and tend to favor pictures that are based on true stories, or in the case of this one, incredible true stories!

"This is unexpected," a British businessman tells a man from British Intelligence and woman from the CIA, played by Rachel Brosnahan, over lunch in 1960. "I can't believe I'm actually having lunch with spies."

Benedict Cumberbatch plays a real person, the late Greville Wynne, who is recruited to serve as "The Courier" to bring back crucial intelligence from a high-level source in the government of the USSR.

Sir Anthony Hopkins, who won an Oscar for his lead role in "The Silence of the Lambs" nearly 30 years ago, is once again the favorite for his role in "The Father."

President John F. Kennedy is overheard in the film telling the American people that, "the weapons of war must be abolished before they abolish us."

After one tense trip from London to Moscow that had me on the edge of my seat, the businessman goes back again and again, putting a strain on his family.

She thinks he's having an affair, which he is not, but it's actually a friendship that elevates this film above the typical spy thriller.

"Maybe we are only two people, but this is how things change," his Russian contact Oleg Penkovsky, played by Merab Ninidze, tells Cumberbatch's character in the course of a close relationship between two men on opposite sides of the Cold War.
ALSO ON THE MARQUEE | 'Nomadland' review: One of the year's best films
EMBED More News Videos

The last half hour of "The Courier" is truly harrowing as the KGB begins to figure out what the two guys are doing.

What's never less than totally absorbing is watching Cumberbatch at the top of his game so that I wasn't even aware he acting.

"He's so precise and wants to kind of experience and explore something with you," said co-star Jessie Buckley in a studio featurette for the film, and that's "all you ever really want to have on set."

If you haven't been to a movie theater in the last year, going to see this film is a great way to get back in the habit. My wife, Eileen Goudge and I enjoyed it during a recent date night, and we think you will as well.