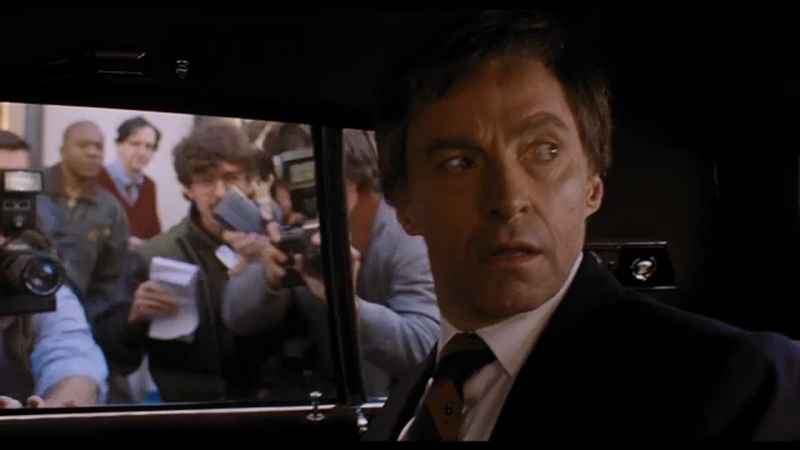 NEW YORK CITY (WABC) -- "The Front Runner" was well on his way to the Democratic nomination for president when Senator Gary Hart was derailed by a sex scandal.

In the new film, Hugh Jackman proves equal to playing him -- and that couldn't have been easy.

The movie looks to the past to try and understand the present, as the star explained recently, "We have a world where many of us wake up and go, 'how did we get to where we are today?'"

One answer involves a married U.S. Senator and his dalliance with a young woman named Donna Rice aboard a yacht called "Monkey Business."

When the affair was revealed, Jackman says it changed American politics forever.

"This was a turning point in 1987 where the politics of personality really started to take over," he said. "Instead of focusing on 'What is that person's ability to lead this country and follow through on what they say they're going to do for the country, what is their ability, and how do I judge that?' As opposed to, 'Do I like them? Are they funny? Do I want to hang with them?' All those other things."

This is Jackman's finest dramatic performance, and it was surely one of his toughest because it has always been hard to get a handle on the real Gary Hart.

"I got to know him, spend time with him," Jackman said. "And what many people see as elusive, I recognize in my own father, that generational thing of your private life is your private life and your job is your job."

Reporters begged to differ, and it didn't help that Hart had invited their scrutiny.

He bowed out with a warning that still resonates for with Jackman, and for the rest of us too.

"In public life, some things are interesting," he said. "But that doesn't necessarily mean they're important."

And that's really what this movie is asking -- What is important?'

It's a question to ponder this Election Day, which also happens to be opening day for this political film. It is well worth seeing after you vote, or before you cast your ballot. Or really, any time.