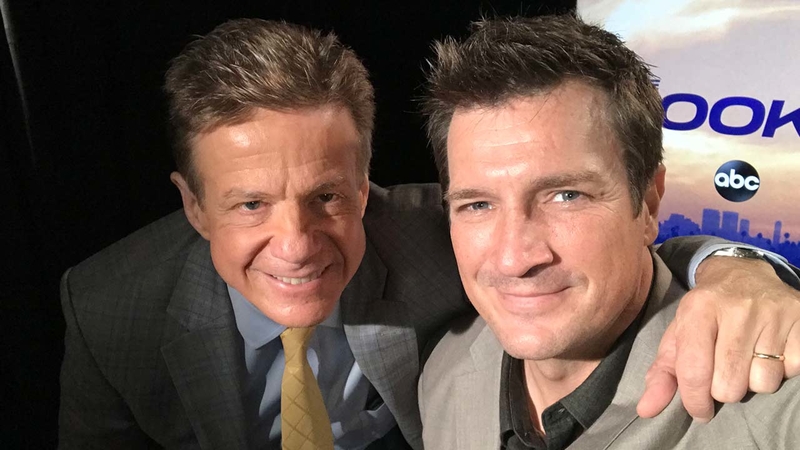 MANHATTAN, New York (WABC) -- F. Scott Fitzgerald once claimed, "There are no second acts in American lives," but if that was ever true, it is surely no longer true today.

Chances are, you or someone you know is wrestling with the question of what to do next. "The Rookie" has found an interesting solution.

The new one-hour drama was inspired by a real person.

"We're not mirroring anybody's life day by day, by any means," said Nathan Fillion, who plays the rookie. "But we did meet a gentleman who at 42 decided he wasn't fulfilled and said he had a calling. And he became the oldest rookie on the LAPD."

In the series, the LAPD's youngest training officer isn't happy his character, John Nolan, is assigned to her.

Broadway's Afton Williamson is playing opposite one of the most reliable and recognizable stars on ABC in Fillion, who was a mystery writer assisting the NYPD in "Castle."

Fillion said he understood that doing television is a grueling grind.

"Here are challenges and sacrifices you have to make," he said. "The one-hour drama schedule is a tough one, but this job had some obvious advantages."

The chemistry that slowly develops between these two different characters came quickly to the performers who play them.

"We're running up hills in wool, we're dripping with sweat," Williamson said. "We're both like, 'Where's the stunt double? My hip!' Then, you go, 'Oh my gosh.' You look at a palm tree. You see the Hollywood sign. This is pretty good. This is the dream that you had. And I think when you have chemistry, it lets you do that."

"The Rookie" tells his training officer that he's going to make her look good. On and off-screen, they do make each other look good.