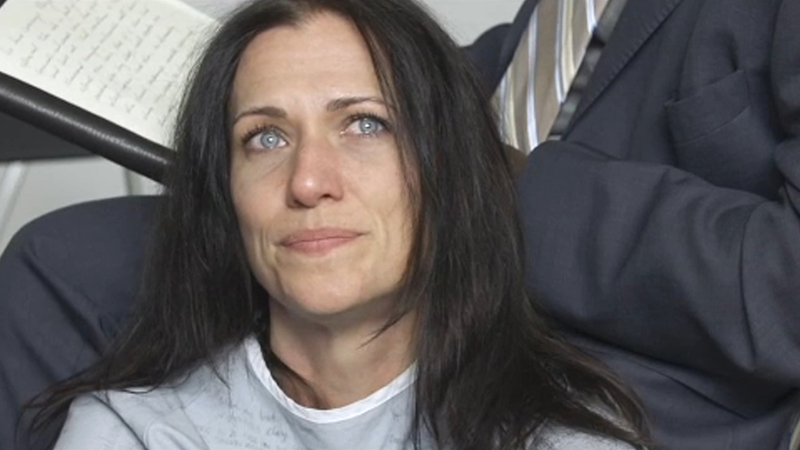 NEW YORK -- The pandemic shut down movie production by the studios for half a year, and that has created opportunities for independent movies like "The Sounding" that were finished before COVID-19 started to spread. What makes this one even more unusual is how it began, as a series of nightly performances on Lexington Avenue in Manhattan.

"The Sounding" is the story of a woman who is perfectly capable of speaking, but chooses not to talk. As another character explains, "one day she just stopped." A psychiatrist begins treating her and in time, finds she has come up with a unique way of expressing herself.

Liv doesn't speak at all for a time, and when she does finally communicate she uses only the words of William Shakespeare.

"We found that so many people who had no experience with Shakespeare related to her story of wanting her own voice," said Catherine Eaton who created the character and stars as her in the movie which explores, "why we're afraid of different and what happens if we make space for that difference in the world."

Equally interesting is how this film began in 2012 in a large, plate glass window in The Roger Smith Hotel.

"And, it became this kind of cult hit. The sidewalks became packed," Eaton said.

Pizza delivery guys would stand transfixed while their pies got cold and, "homeless people would come and bang on the glass. This one man came every night saying, 'I'll get you out, I'll get you out!'"


Eaton continues the story by saying a guy dressed in a tuxedo came regularly. He turned out to be a financier who convinced her there was a feature film in all this. In time, she would star in it and end up directing it too as her first feature.

"I definitely am tenacious," she said with a laugh.
The process from idea to finished film took the better part of a decade and included asking the public for money to finish the film using crowdfunding websites.

Now the film appears perfectly timed because it's about a woman who is outside society's norms and is a reminder that diversity can take many forms.

"An ecosystem doesn't survive unless it's diverse," Eaton pointed out. "And yet somehow we see that as a threat in our social settings so I would love for people to watch this film and ask themselves questions about that."


I love movies like this which engage my mind and tug at my heart in usual measure. Catherine Eaton is an artist to watch, and I plan to watch everything she does in the future.

"The Sounding" is streaming now.