'The View' director paving way for women in male-dominated industry 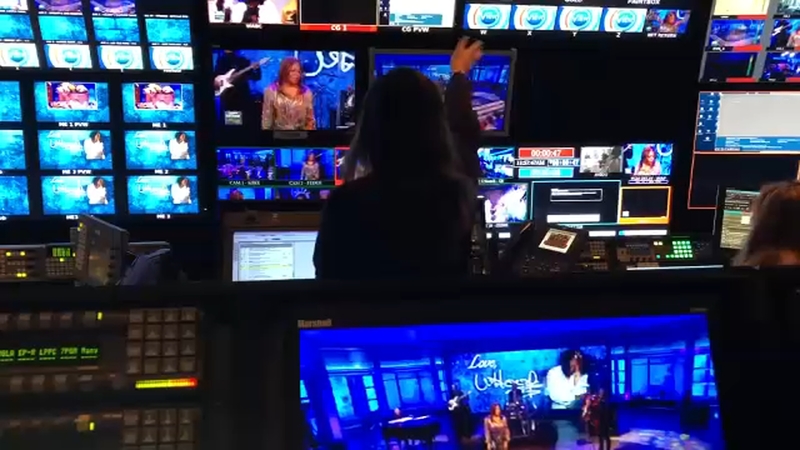 'The View' director paving way for women in male-dominated industry

UPPER WEST SIDE, Manhattan (WABC) -- Women make up just 16 percent of the membership in the Directors Guild of America, but there are signs the situation is improving -- and we found one trailblazer close to home.

In the control room, Director Sarah de la O can't take any time to admire "The View," since she is too busy making sure the viewers at home are enjoying it.

"Being calm is the number one thing you need as a director," she said. "Because when you're in the live mode, anything goes, and it's up to you to keep it all together for every single person that's involved in the production."

Since college, de la O has not wanted to do any other job and has found mentors -- mostly male -- along the way.

"Just because it is a male-dominated business at this point," she said. "But that is starting to change, and I feel like I'm part of that next wave of change."

De la O is ahead of the curve and leading by example.

"You just have to show up every day," she said. "Giving 110 percent and never walk away out of this control room taking anything personally."

The cast and crew of "The View" is like an orchestra, with the soloists down front and an ensemble behind them led by one conductor -- who is also a single mom.

"This is a show for women, by women," Executive Producer Candi Carter said. "And so it makes me proud to see a woman like Sarah in that seat."

Carter sits behind de la O, along with Senior Executive Producer Hilary Estey-McLoughlin, who notes that her director captures the moments.

Executive Producer Brian Teta is on the floor of the studio.

"She sees everything," he said. "And she has the ability to know what's going to happen before it happens, which on this show could be anything."

It's a perfect fit for a maestro who makes her own kind of music.

De la O is doing her dream job, and that's just one reason she takes time to mentor others in her profession as she was once mentored and encouraged.