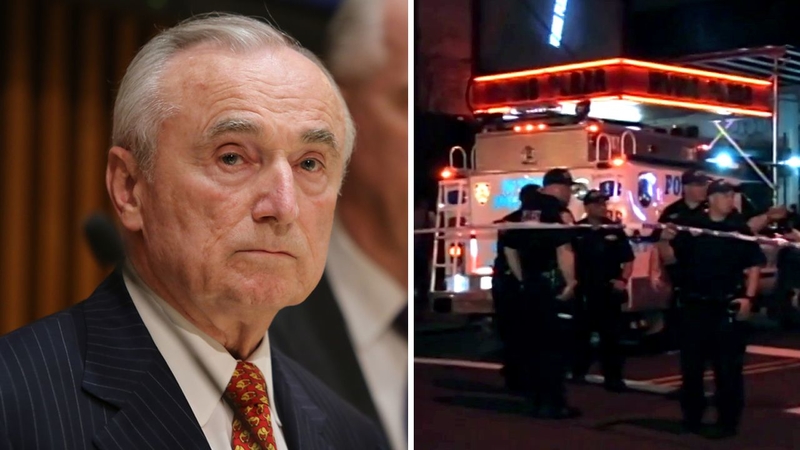 Rapper Troy Ave was one of four people shot in a third-floor green room at the venue Irving Plaza Wednesday night, before a T.I. performance. One man died from his injuries.

Bratton said New York City Police detectives "have a pretty good idea of what happened" and should be able to "wrap this up very quickly."

The shooting began at 10:15 p.m., as the rapper T.I. was about to take the stage. It's not yet known how many people were inside the building at 17 Irving Place during the shooting. No arrests have been made.

"The crazy world of these so-called rap artists basically celebrates the violence," said Bratton Thursday morning on WCBS AM. "Unfortunately, that violence sometimes manifests itself in their performances and that's exactly what happened last evening."

Rappers Maino and Uncle Murda were performing when the shooting started. The NYPD is looking into whether the shooting was linked to a dispute between crews associated with Maino and Troy Ave.

"The backgrounds of some of these people, unfortunately the lifestyles they led or had, follows them into the entertainment world," said Bratton.

"No question a lot of talented artists, enjoy the music. Music all too often celebrates violence, degradation of women and the drug culture. It's unfortunate that some of them, as they get fame and fortune, cannot get out of the life."

There were metal detectors for the concert-goers. All the people in the green room were credentialed, and it is possible the shooter or shooters also was credentialed.