"They were just trying to stand there and intimidate us," said Amaya Butler, Black Lives Matter Northwest Indiana. "We were very peaceful."

The 19-year-old organizer of the June 1 march said they were near the end of their protest over the death of George Floyd at the hands of Minneapolis police when a group of men holding guns and rifles appeared.

Local police officers can be seen on the same video monitoring the situation, which officials said remained peaceful.

At a town forum, the city's mayor talked about the incident. Under Indiana law the individuals carrying guns did nothing wrong. Police Chief Peter Land had his officials check them out.

"You can carry a shotgun without a permit," Land said. "If you carry a handgun you need a permit to carry. As long as they didn't point their rifles at anyone, it's legal to carry."

"I thought they had a right to protest," said one resident about the Black Lives Matter protesters. The resident did not want to give their name. "I also thought this was a town a little uneasy about what they had seen over the weekend."

Other marchers said at an earlier point in the protest as they left downtown Crown Point a different group of people not depicted in the video yelled racial slurs and insults at them.

"It was very heartbreaking," said Myjae Armstrong, protester. "I felt shut out of my own community."

"We should be past all of this racist stuff," said another Crown Point resident, who also asked not to be named.

The group said despite their experience Monday they will be not be deterred. They are planning more marches and protests in Crown Point and the surrounding area so that everyone knows their black lives matter. 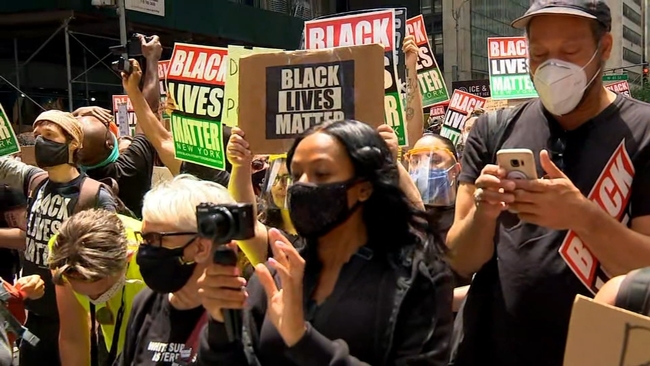 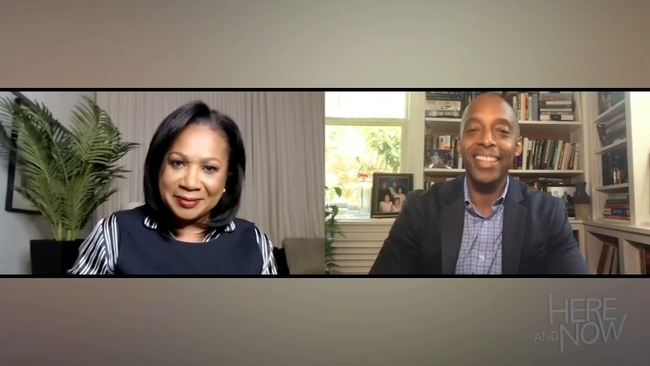