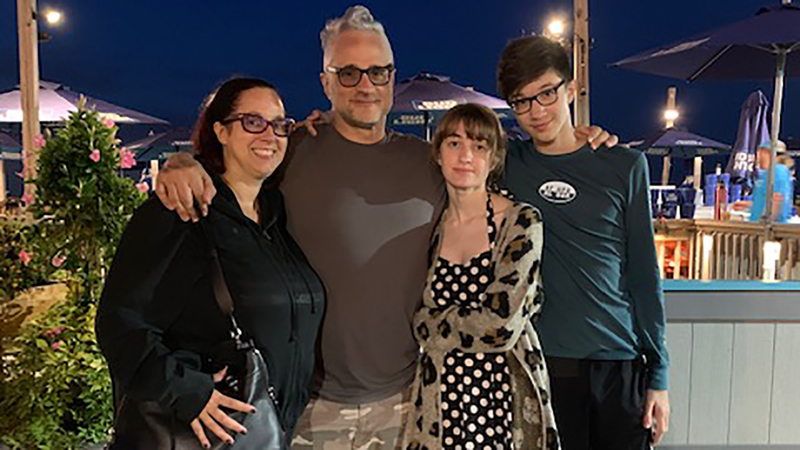 WAYNE, New Jersey (WABC) -- A music producer from New Jersey is fighting for his life after he was struck by a tire that popped off a dump truck while he was riding his bicycle.

It happened around 1:30 p.m. Wednesday on Black Oak Ridge Road in Wayne and left 53-year-old James DeSalvo in critical condition.

"The person on the bicycle going over the handlebars and coming down with a major impact," witness Sheila Ziemba said. "You could hear it."

Police say the 2007 Mack truck was traveling south on the roadway when one of its tires blew out, which caused the wheel to dismount.

It careened into DeSalvo, a producer who has worked with "Yes" lead singer Jon Anderson and Darryl "DMC" McDaniels, among other acts.

He was taken to St. Joseph's University Medical Center, where he remains in critical condition.

"The family and all of the support from the community has really helped them keep their hope alive," family friend Ruth Ozbolt-Cleary said. "Jim's biggest accomplishment in life is his kids. He has been there for them from the very beginning."

Friends describe him as a beloved father of two known for his kind personality, but now, his family is praying for a miracle.

"Next week will be their 20th wedding anniversary," friend Beth Schafer said. And we just hope that they can celebrate somehow together."

The driver of the truck, 68-year-old Eugene Petitt, was not charged.

"It's really difficult to see this happen to this family," friend Frank Kulow said.

There is a GoFundMe set up for the DeSalvo family.

The Passaic County Prosecutor's Office asks anyone with additional information about this incident to contact us on our tips line at 1-877-370-PCPO or tips@passaiccountynj.org or contact the Wayne Police Department at 973-694-0600.