Watch Sofia Carson host 'Our America: Fifty50,' a special commemorating the 50th anniversary of Title IX, wherever you stream.
AP 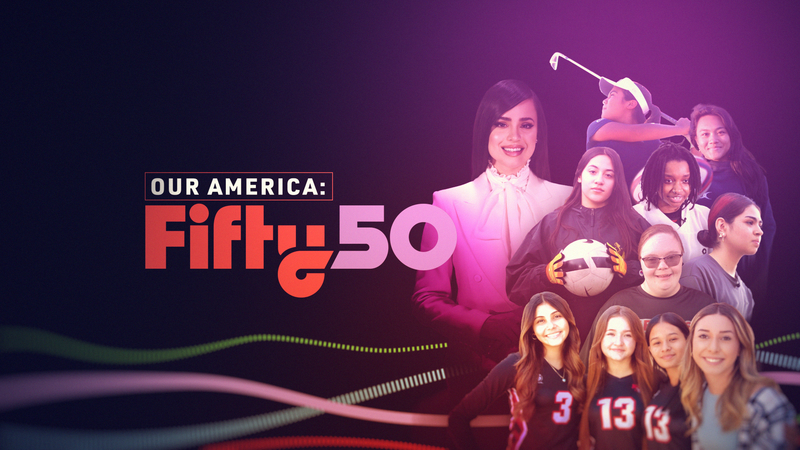 The measure barred discrimination against women when it came to the vast majority of educational programs that receive federal assistance.

It has a broad and extraordinary impact on everything from the safety of college campuses to athletics to education at public schools. The progress, however, has been halting at times.

Here is a timeline of key events before, during and after the 1972 passage of the landmark U.S. law:

1836: Georgia Female College is the first women's college to open in the U.S. 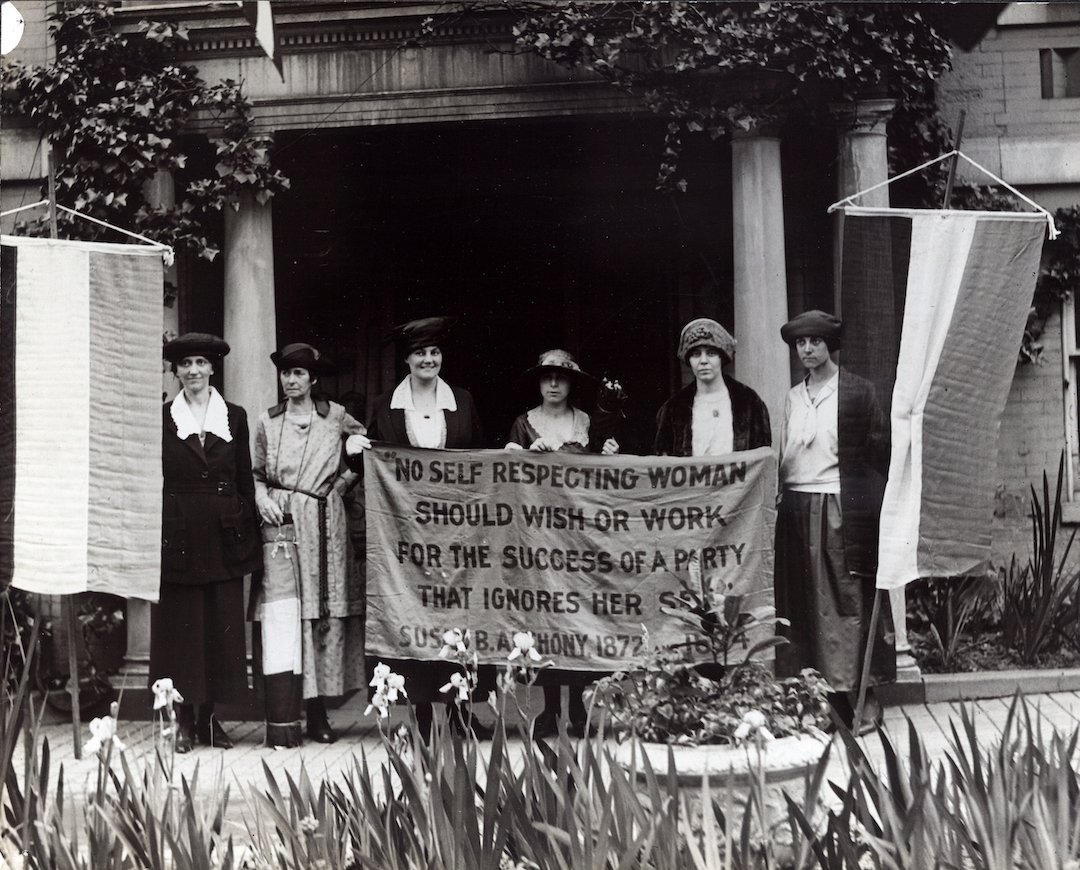 Six suffragists at the 1920 Republican National Convention in Chicago gathered in front of a building with suffrage banners. 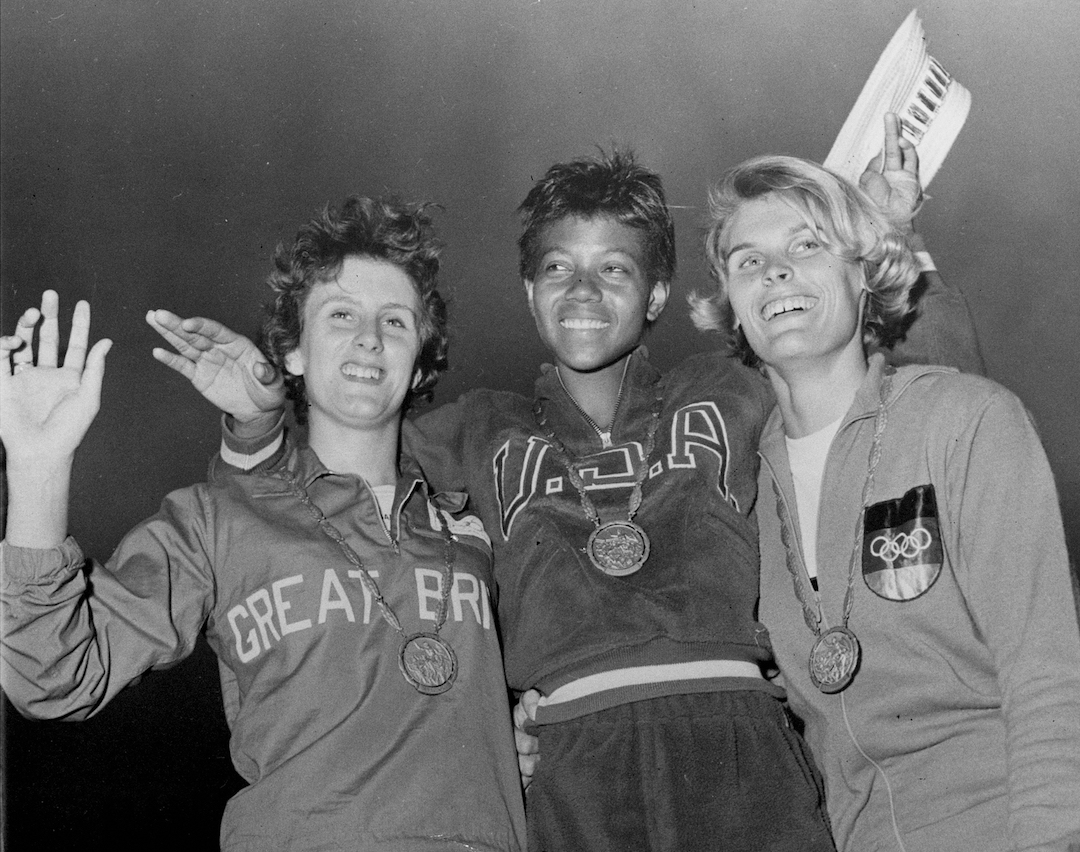 In this Sept. 5, 1960, photo, the medalists in the women's 200-meter event, from left, Dorothy Hyman, Wilma Rudolph and Jutta Heine, pose at the Olympic stadium in Italy.

1963: The Commission on the Status of Women, headed by Eleanor Roosevelt, finds widespread discrimination against women in the U.S. and urges federal courts that "the principle of equality become firmly established in constitutional doctrine." Congress passes the Equal Pay Act.

1964: The Civil Rights Act includes sex as one of the things that employers can't discriminate against. It also establishes the Equal Employment Opportunity Commission. Patsy Mink of Hawaii becomes the first woman of color elected to the U.S. House; she later co-authors Title IX, the Early Childhood Education Act and the Women's Educational Equality Act.

1966: The National Organization for Women is established, calling for women to have "full participation in the mainstream of American society ... in truly equal partnership with men." 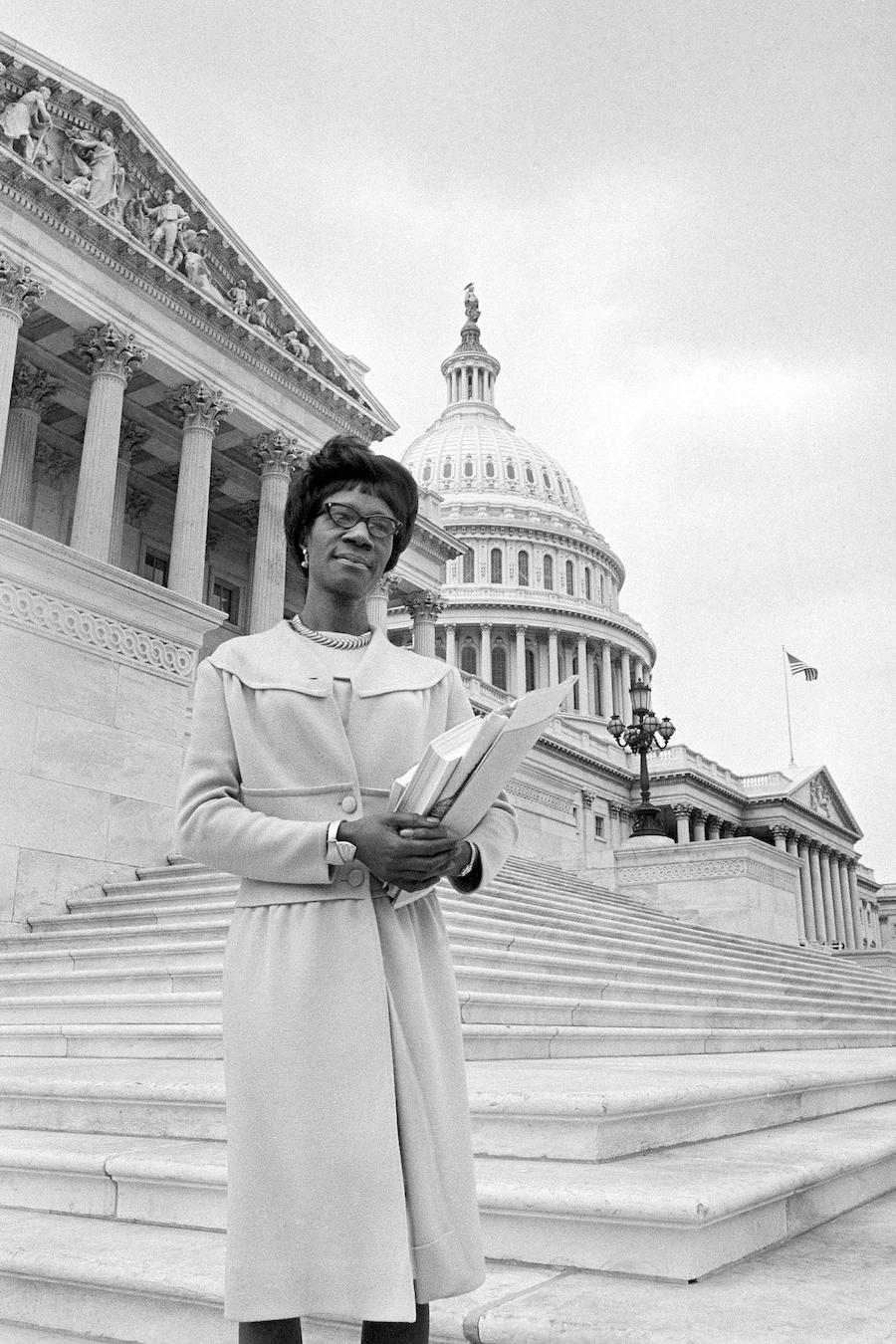 1971: The Association for Intercollegiate Athletics for Women (AIAW) is founded to govern collegiate women's athletics and administer national championships.

1972: Congress passes Title IX, which is signed into law by President Richard Nixon. Title IX states: "No person in the United States shall, on the basis of sex, be excluded from participation in, be denied the benefits of, or be subjected to discrimination under any education program or activity receiving Federal financial assistance." Congress also passes the Equal Rights Amendment, but it never gets approval from the 38 states needed to become law.

1973: The Supreme Court issues its Roe v. Wade opinion establishing the right to an abortion. Billie Jean King beats Bobby Riggs in straight sets in the "The Battle of the Sexes" tennis exhibition match. 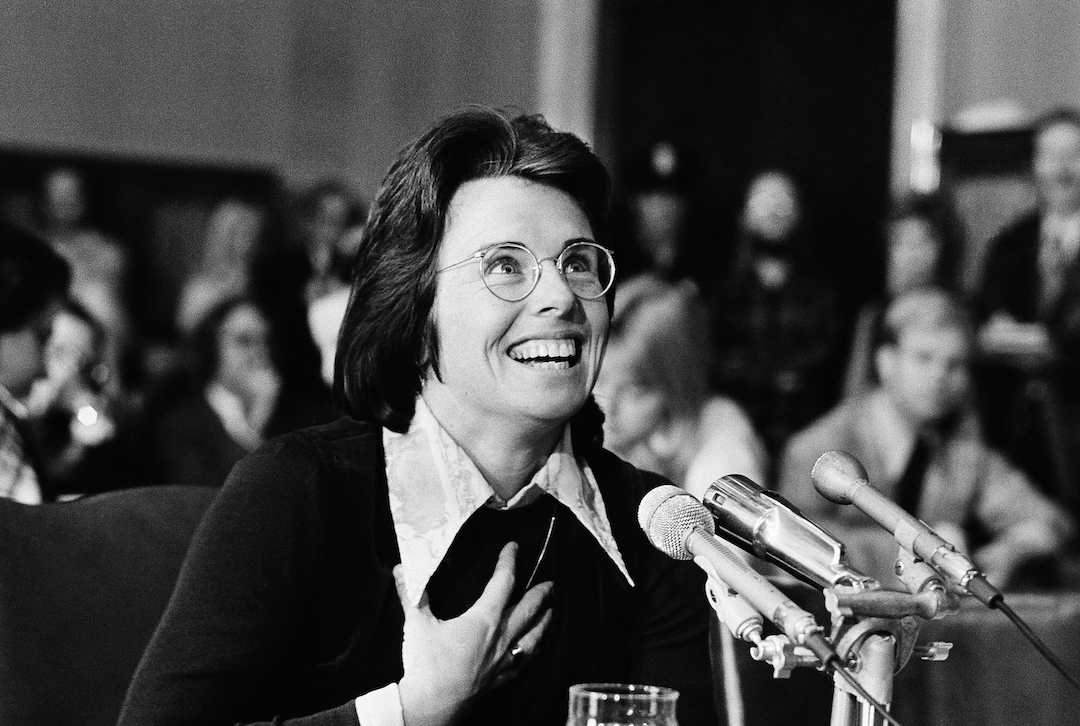 1975: President Gerald Ford signs Title IX athletics regulations, which gives athletic departments up to three years to implement, after noting "it was the intent of Congress under any reason of interpretation to include athletics."

1976: NCAA challenges the legality of Title IX regarding athletics in a lawsuit that is dismissed two years later.

1977: Three female students at Yale, two graduates and a male faculty member become the first to sue over sexual harassment under Title IX (Alexander v. Yale). It would fail on appeal. 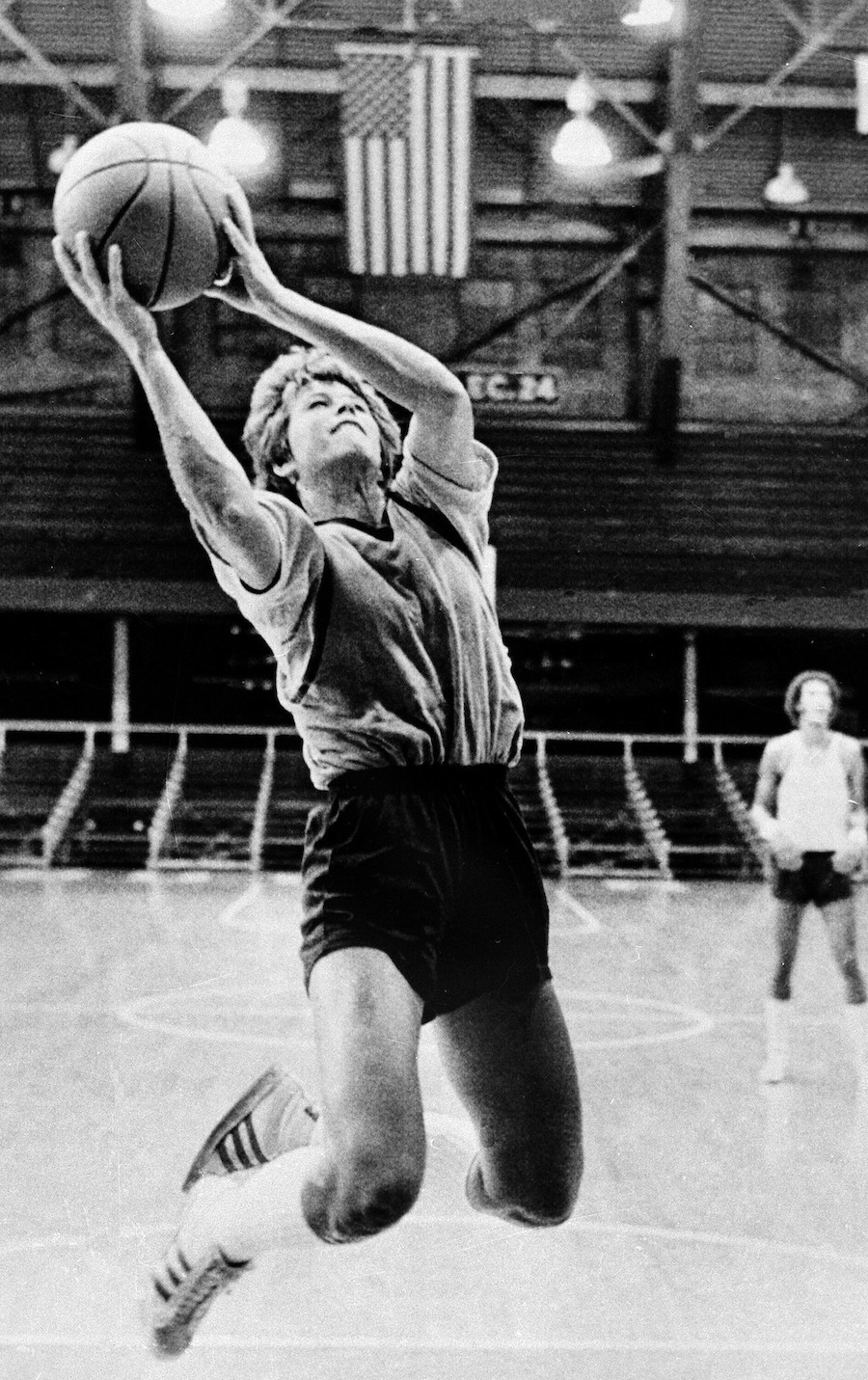 Ann Meyers drives during practice at the NBA rookie camp for the Indiana Pacers in Indianapolis, Sept. 10, 1978.

1979: U.S. officials put into effect the important three-prong test for Title IX compliance when it comes to athletics.

1980: Title IX oversight is given to the Office of Civil Rights in the Education Department. 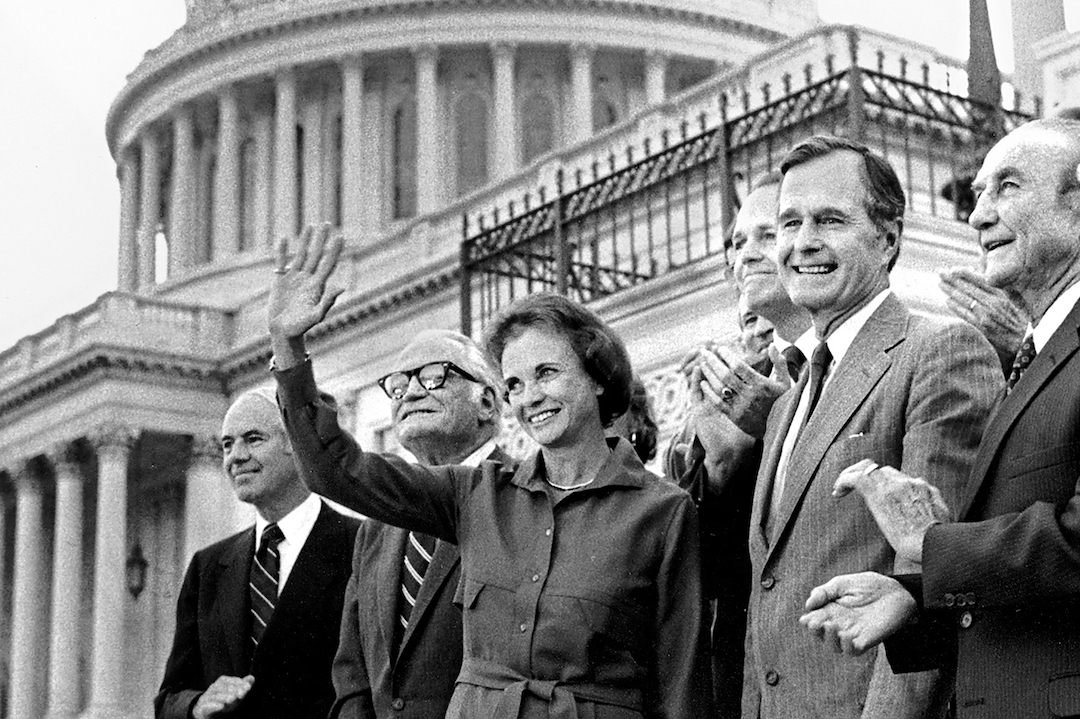 Sandra Day O'Connor waves after her unanimous confirmation by the U.S. Senate to the Supreme Court on Capitol Hill in Washington, D.C. in this Sept. 21, 1981 photo. 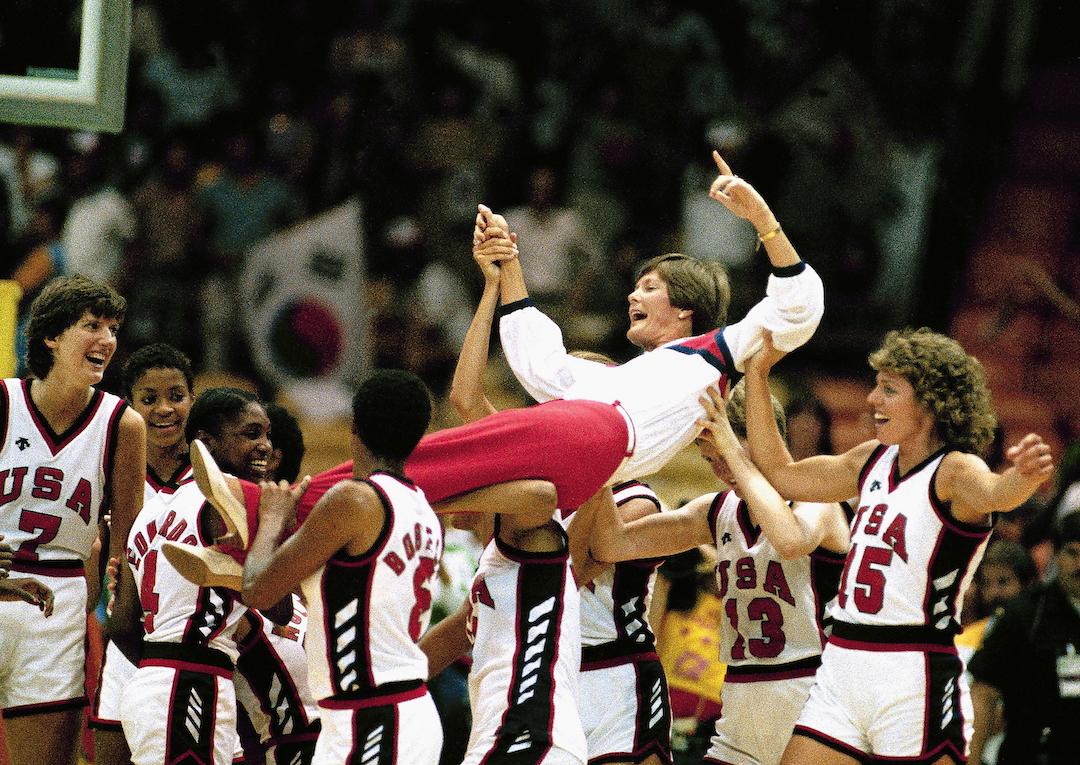 1994: The Equity in Athletics Disclosure Act is passed. Under Title IX, schools with federal financial aid programs and athletics must provide annual information regarding gender equity, including roster sizes and certain budgets.

1995: Connecticut wins the first of its 11 national titles under coach Geno Auriemma.

1996: Female athletes win a lawsuit and force Brown to restore funding for women's gymnastics and volleyball after the saying the school violated Title IX when it turned both teams into donor-funded entities. The NBA clears the way for the Women's National Basketball Association to begin play the following year.

1999: Brandi Chastain's penalty kick gives the United States a win over China in the World Cup final, invigorating women's sports in the U.S.

2001: Ashley Martin becomes the first woman to play and score in a Division I football game as a placekicker for Jacksonville State. 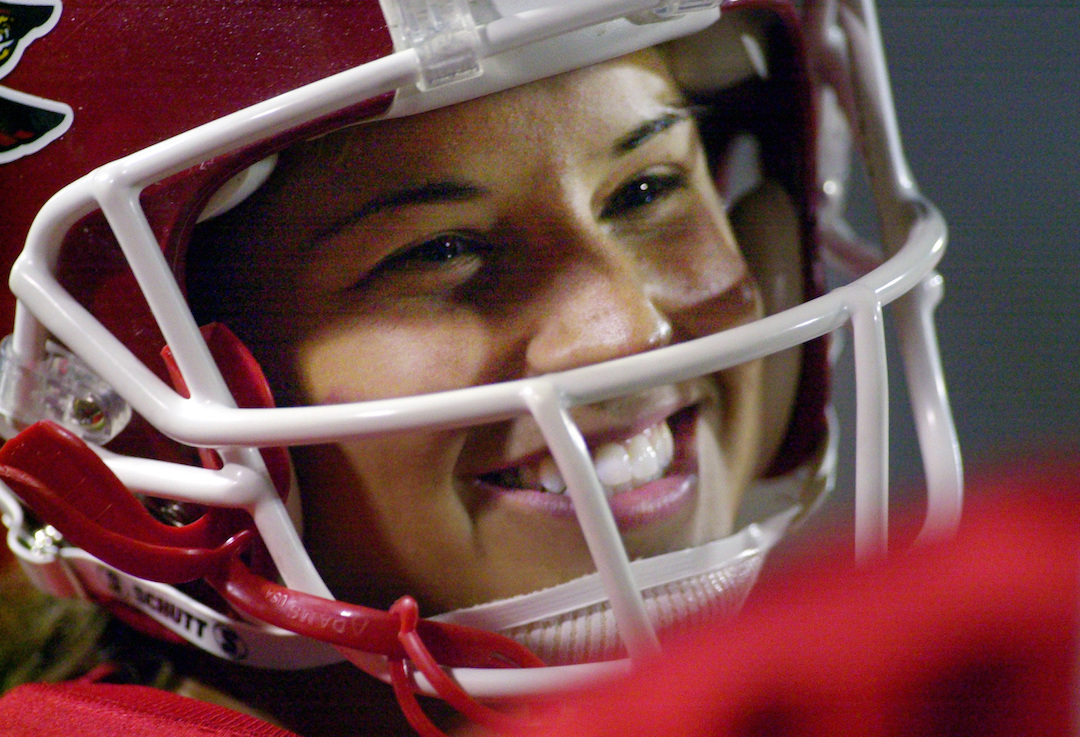 Jacksonville State University sophomore placekicker Ashley Martin is all-smiles after kicking an extra point in a 72-10 win over Cumberland in Jacksonville, Ala., Aug. 30, 2001.

2008: Danica Patrick wins the Japan 300 to become the first female victor in the top level of American open-wheel racing. 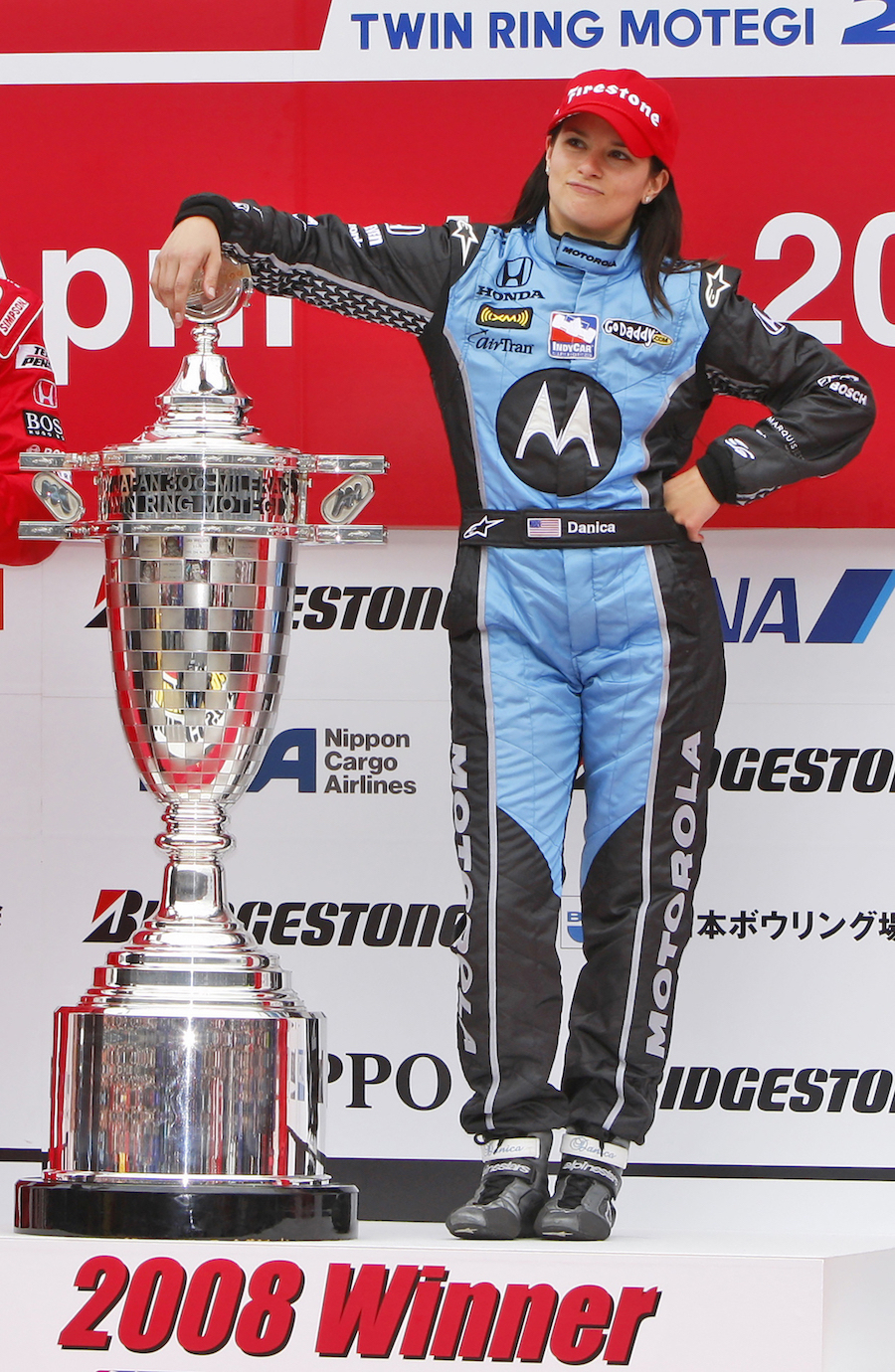 Danica Patrick poses with her trophy after winning the Bridgestone Indy Japan 300-mile race on the 1.5-mile oval track at Twin Ring Motegi in Motegi, April 20, 2008. 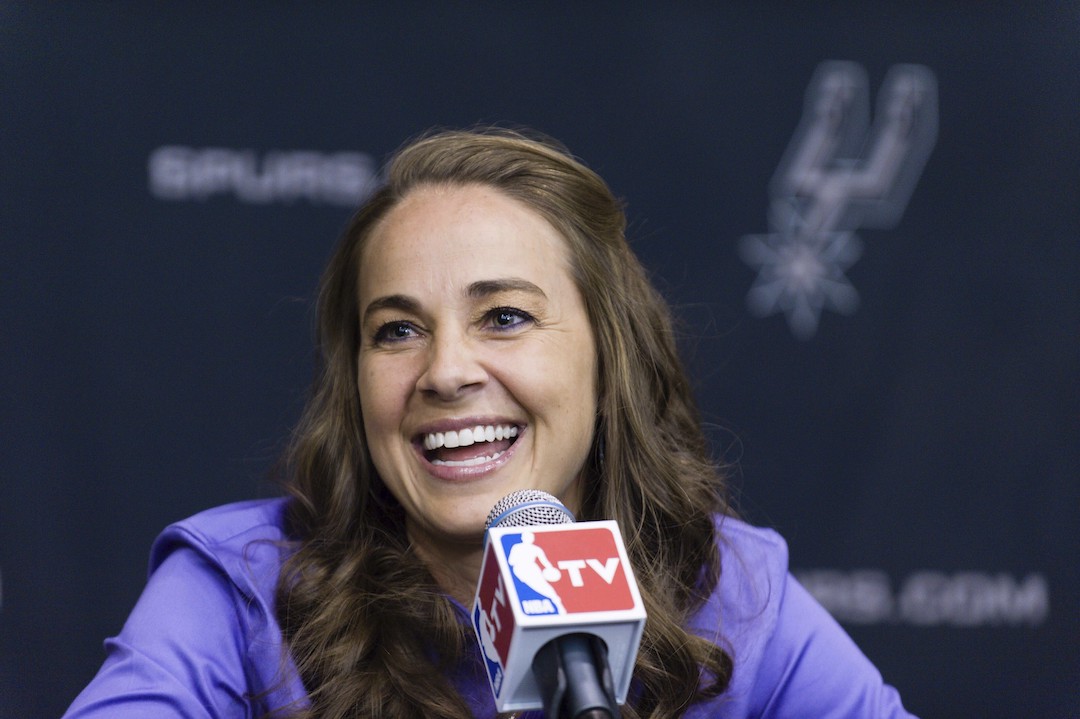 In this Aug. 5, 2014, photo, Becky Hammon takes questions from the media at the San Antonio Spurs practice facility after being introduced as an assistant coach with the team.

2015: The United States' 5-2 win over Japan in the Women's World Cup final becomes the most viewed soccer game in the history of American television.

2016: Citing Title IX, the Obama administration says transgender students at public schools should be allowed to use the bathroom or locker room that matches their gender identity, the guidance was rescinded by the Trump administration. Hillary Clinton becomes the first woman to win a major party nomination for president. 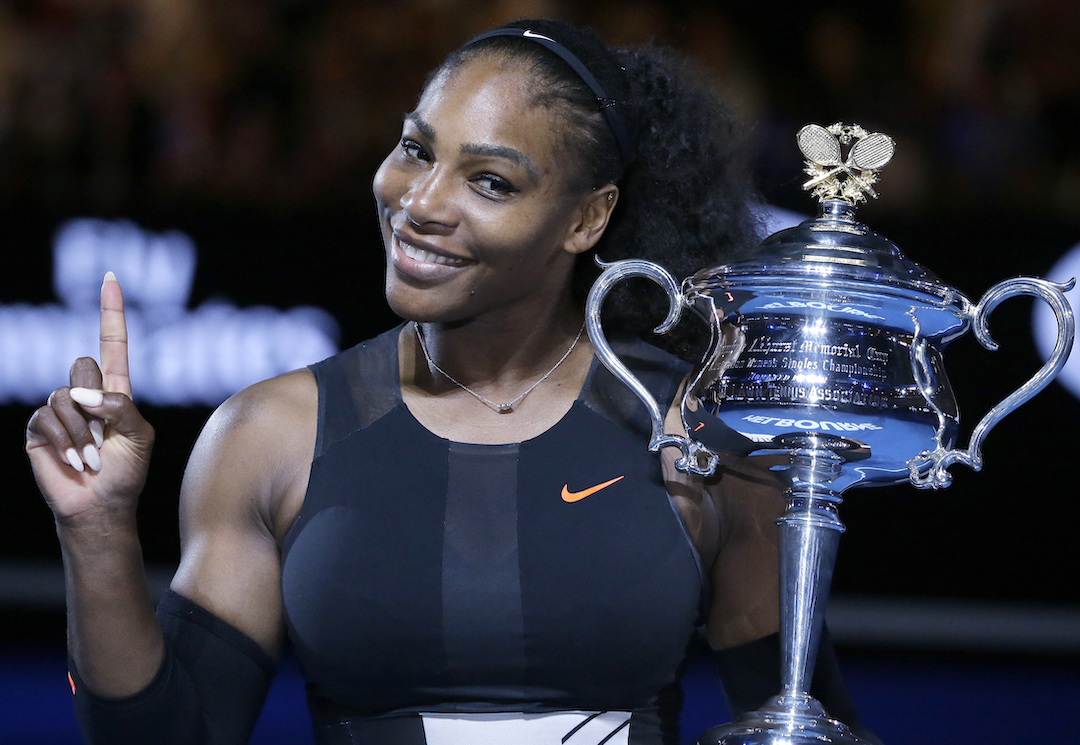 In this Jan. 28, 2017, photo, Serena Williams holds up her trophy after defeating her sister, Venus, in the women's singles final at the Australian Open tennis championships.

2021: Report rips NCAA for failing to uphold its commitment to gender equity by prioritizing its lucrative Division I men's basketball tournament "over everything else," including women's championship events. 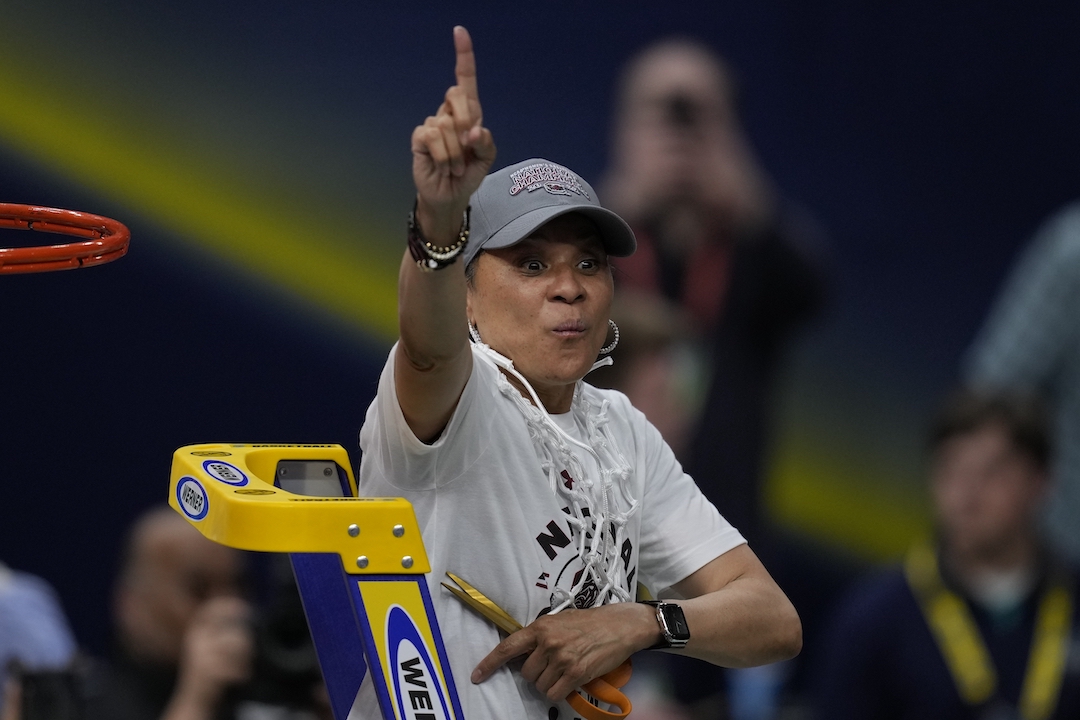 South Carolina head coach Dawn Staley cuts the net after a college basketball game in the final round of the Women's Final Four NCAA tournament, April 3, 2022, in Minneapolis.