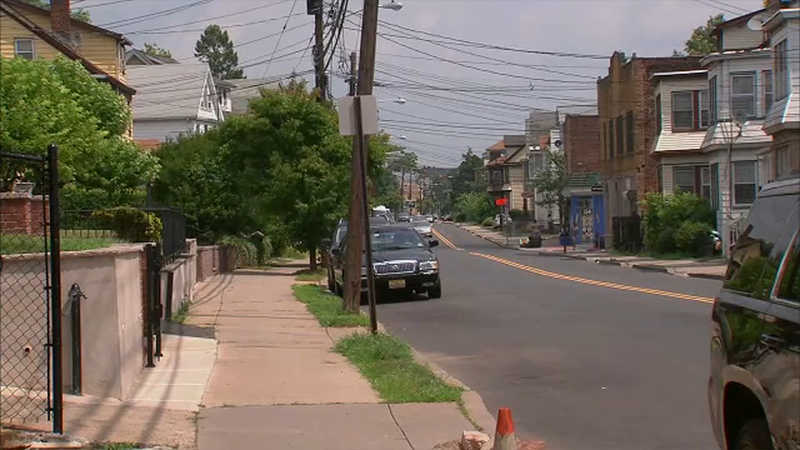 NEWARK, New Jersey (WABC) -- Police are questioning the parents of a toddler found wandering in the street in Newark Tuesday morning.

Investigators say the 2-year-old was found around 8 a.m. alone on a sidewalk in the 200 block of Stuyvesant Avenue.

She was wearing a dress, diaper and no shoes.

"She seemed ok, she was drinking whatever she had in her bottle," said witness Gennie Pratt. "She was ok but when police and everybody started coming around she got a little nervous."

A man driving an SUV spotted the little girl and stopped. A search then began to find out where she came from, and why she was all by herself.

Others in the neighborhood got involved, including one woman who said she didn't recognize the child.

"I said there's no way somebody left her cause she's a plump little sister, she looked healthy and she had milk in her bottle," the woman said.

Everyone knew they had to find her parents. Then came a heartbreaking statement.

"She said she was ready to go home," said Pratt. The little girl pointed to a house, and neighbors say they banged on the door for some time but no one answered.

With no other options they called police, who took the child to University Hospital.

Soon after the mother surfaced and came to the hospital.

Sources tell Eyewitness News she was actually inside the house the child pointed to, but for some reason didn't answer.

Police are still trying to determine why the child was unattended.