Investigation underway after toddler climbs out of window in the Bronx 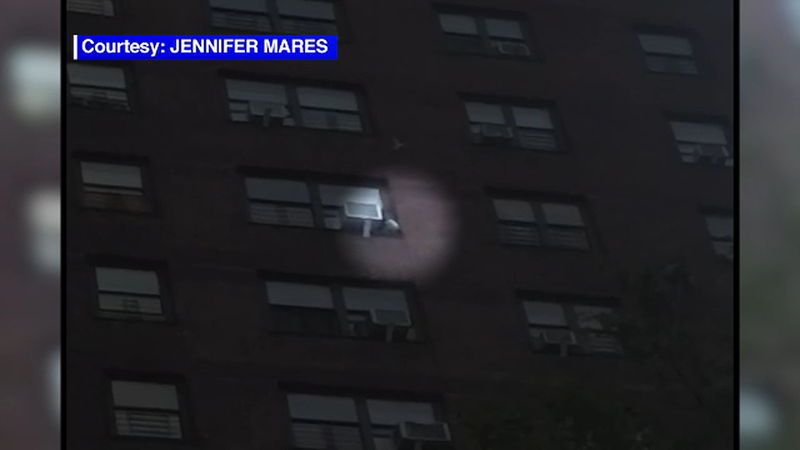 Toddler climbs out window of NYC building onto AC unit

CLAREMONT, Bronx (WABC) -- An investigation is underway after a toddler climbed out of a window and onto an air conditioning unit in the Bronx.

Video showed the incident Saturday night in the Butler Houses on Webster Avenue in the Claremont section.

The apartment was on the 13th floor and at one point the 3-year-old boy could be seen flailing his arms.

The child's mother said the toddler, who has autism and a visual impairment, snuck out while she was cooking dinner in the kitchen. Panicked residents called police immediately.

The mother said her 14-year-old daughter calmly reached out the window and pulled her brother inside to safety. She said the child had pushed the side panels of the air conditioner apart and crawled out into the gap.

The child was taken to Bronx Lebanon Hospital Center for observation. NYCHA workers have since removed the AC unit and put up bars so there will not be a repeat of what happened.

The Administration for Children's Services is looking into the incident.

"Our top priority is protecting the safety and wellbeing of all children in New York City. As soon as this family came to our attention, we launched an immediate investigation," said an ACS spokesman.

The mother, an immigrant from Mali, is angry at residents who have been condemning her over the incident.

"They were calling me names," she said. "You stupid, dumb, African lady. You don't know nothing. You think this is Africa? This is America. You will go to jail. God saved my boy and he will save me from these people."

Officials confirm they went back to the apartment around noon the next day. Callers claimed the baby was back outside the window on Sunday, but the mother insisted that is impossible because the bars were installed early Sunday morning.