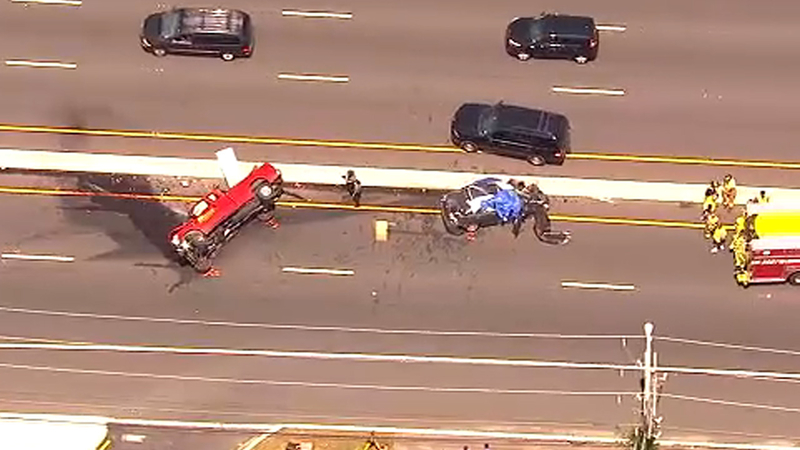 The truck ended up on its side.

Two women in the car were pronounced dead at the scene, while a third woman in the car was rushed to Jersey Shore Medical Center in critical condition.

A fourth woman in the car and the male driver of the pickup truck were taken to Community Medical Center with non-life threatening injuries.

The cause of the accident is under investigation, but a witness says the truck was traveling eastbound, while the car was turning onto the highway from a medical complex.

"I had my right turn signal on, and I was turning in here," Alex Lukacs said. "And all the sudden, right in front of me, the car just flew straight out into the traffic. And that pickup truck struck them."

The victims' identities and ages have not been released.