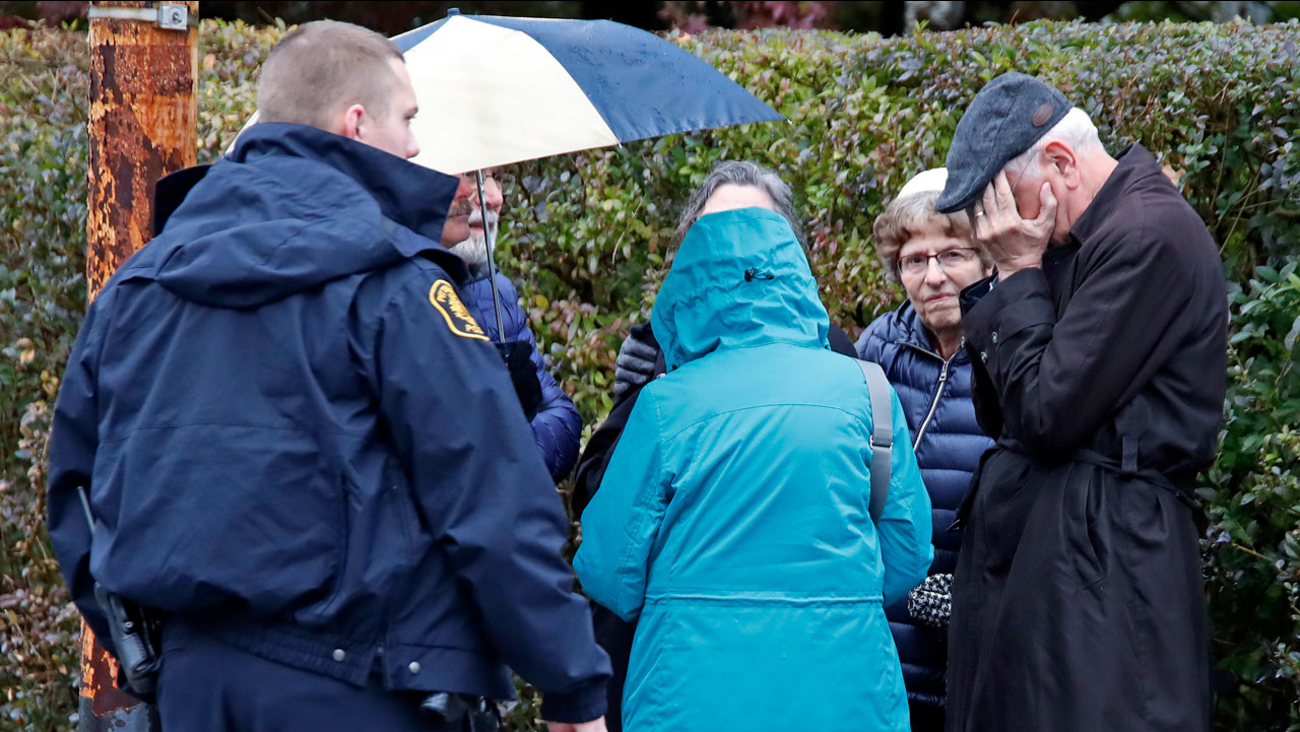 People gather on a corner near the Tree of Life Synagogue in Pittsburgh, Pa., where a shooter opened fire Saturday, Oct. 27, 2018, injuring multiple people.

NEW YORK (WABC) -- The nation was stunned and saddened Saturday morning by another mass shooting, this time at a Pittsburgh synagogue, where a gunman barged into a baby-naming ceremony and fatally shot 11 people in one of the deadliest attacks on Jews in U.S. history.


11 dead in Pittsburgh synagogue shooting
The suspect in the shooting expressed hatred of Jews during the rampage and told officers afterward that Jews were committing genocide and that he wanted them all to die, according to charging documents made public Sunday.
EMBED More News Videos

Danielle Leigh has the latest developments.

1 of 2 winning Powerball tickets sold at deli in Harlem
Lottery officials reported that one of the winning tickets in Saturday's estimated $687.8 million Powerball jackpot was sold at West Harlem Deli at 2040 5th Ave and East 126th Street.

Police have identified the two women whose duct-taped bodies were found washed up from the Hudson River as sisters from Virginia.

FDNY comes to rescue of 2 stuck in Queens floodwaters

A nor'easter brought heavy rain and strong winds to the Tri-State area Saturday and left two people stuck in Queens floodwaters, but quick action by the FDNY saved them.
EMBED More News Videos