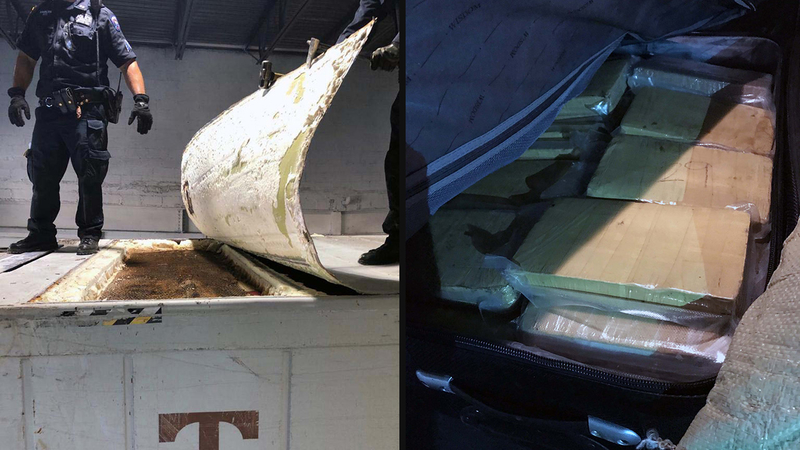 HUNTS POINT, Bronx (WABC) -- A tractor-trailer pulling into a Bronx warehouse was filled with fruit -- and 70 kilograms of cocaine, according to authorities.

The trailer was observed by law enforcement going into the building on Longfellow Avenue in Hunts Point Thursday.

When a car pulled out of the warehouse, agents stopped the driver.

Two suitcases filled with 154 pounds of cocaine -- with a street value of more than $10 million -- were found in the back of the vehicle.

The DEA believes those drugs were headed to the streets of New York City.

"This drug bust was very significant," said Frank Del Re, with the Drug Enforcement Task Force NYC. "I mean, you're talking 70 kilos of cocaine worth approximately $10 million street value that's going to possibly be distributed on the streets of New York City right before labor day weekend."

The driver, 31-year-old Miguel Marte-Veras, is charged with operating as a major trafficker and two counts of criminal possession of a controlled substance.

A search of the warehouse turned up oregano, papayas and coconuts -- the trailer's apparent legitimate cargo as it traveled across the country.

But police say a Port Authority K-9 named Balu sniffed out a concealed compartment in the top, believed to have been used to store the cocaine. 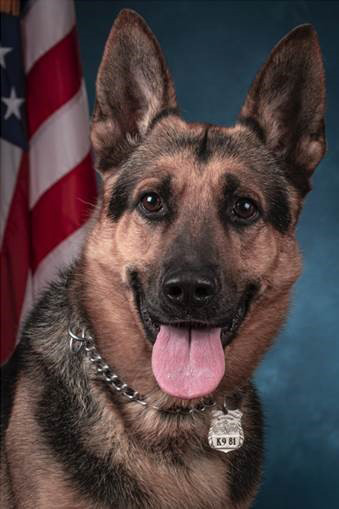 The bust, one of the largest cocaine seizures in the New York region in the past few years, was made by the DEA agents, NYPD officers and New York State Police troopers.

The city's Special Narcotics Prosecutor will prosecute the case.