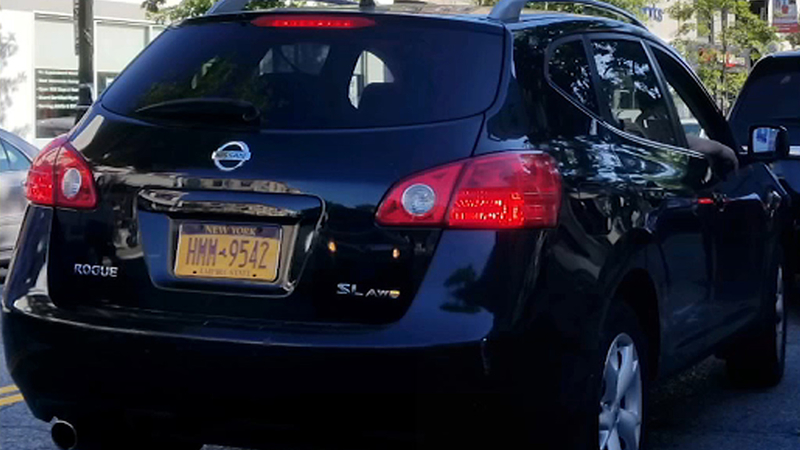 ASTORIA, Queens (WABC) -- Police in Queens are searching for a suspect who assaulted an NYPD traffic agent by throwing an unknown liquid at her after receiving a parking ticket.

Authorities say the 55-year-old agent gave the female driver a ticket for double parking on Steinway Street near 30th Avenue in Astoria just before 5 p.m. last Friday, at which point a male passenger returned to the vehicle and shouted obscenities at the officer.

She placed the ticket on the windshield and continued her tour, on foot. About 20 minutes later, the SUV approached the officer, and police say the male held a plastic bottle out the window and threw a clear liquid on the agent, hitting her in the back.

Police released a photo of the black Nissan Rogue in which the suspect was riding.

The individual being sought is identified as 35-year-old Haytham Salama. He is described as being 5-foot-6 and 180 pounds with black hair and blue eyes. He was last seen wearing a blue T-shirt.