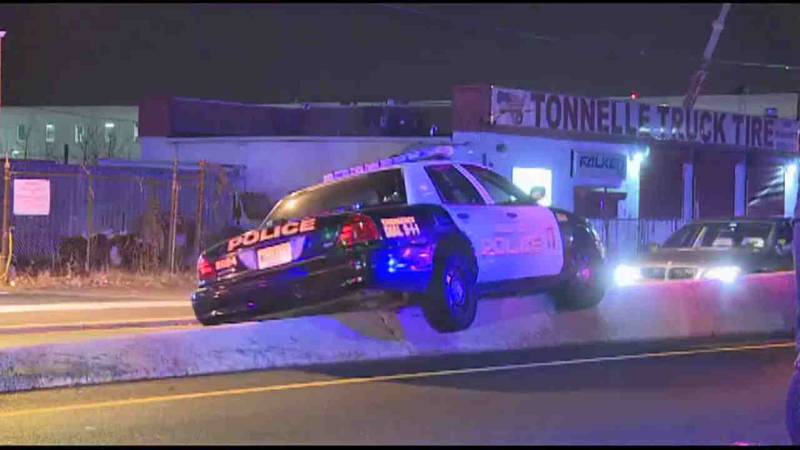 JERSEY CITY, New Jersey (WABC) -- A Jersey City police cruiser attempting to pull over a suspect crashed into another vehicle.