The turnpike was shut down near Exit 9 northbound, with the crash causing a series of blasts.

Authorities said the other tractor-trailer was carrying papers. The materials were non-hazardous.

Repairs to the road were underway Thursday morning. Traffic started backing up around 5 a.m. 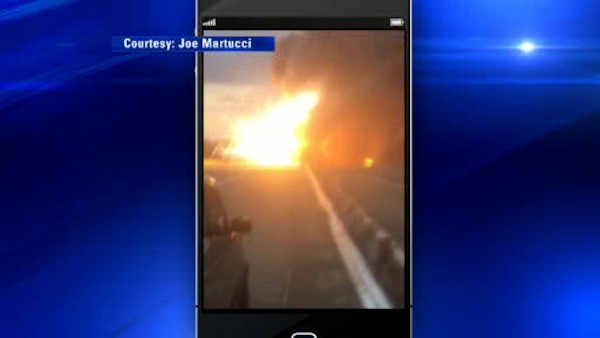 The explosions stopped traffic on the turnpike as drivers like Joe Martucci dove for cover.

"I stopped, and then the fire started getting violent and I started recording it and the rest you can see," he said. "There is literally some kind of compressed gas bottle, whether they were propane or oxygen, I'm not sure flying out of the trailer and traveling maybe 100 to 200 yards into the crowd south of the truck. And you know, everybody just ran for cover at that point, and as you can see from the video it just looked like a fireworks show."

New Jersey State Police said there were minor injuries to the drivers. A driver escaped his burning rig with his leg on fire, but was not seriously hurt.

Passing drivers tweeted and Instagrammed stunning images of the inferno.

It happened when the tractor trailers, one a tanker hauling what State Police describe as 'medical gas' collided in the northbound truck lanes just south of Interchange 9 in East Brunswick.

An entire neighborhood was separated only by a sound barrier, as the terrifying spectacle just would not stop.

"It was just the whole sky was engulfed in black smoke and the whole house was shaking with each loud explosion," witness Sadef Ahmed said. "You were feeling scared in your own house." 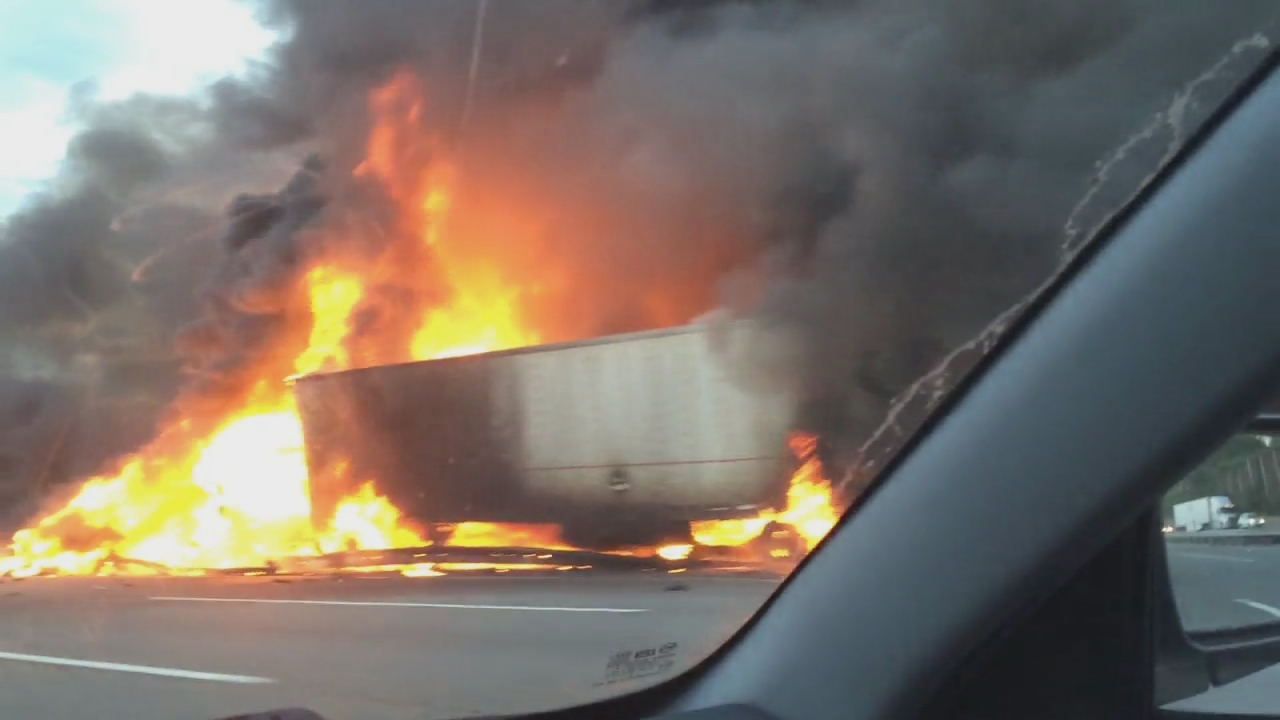