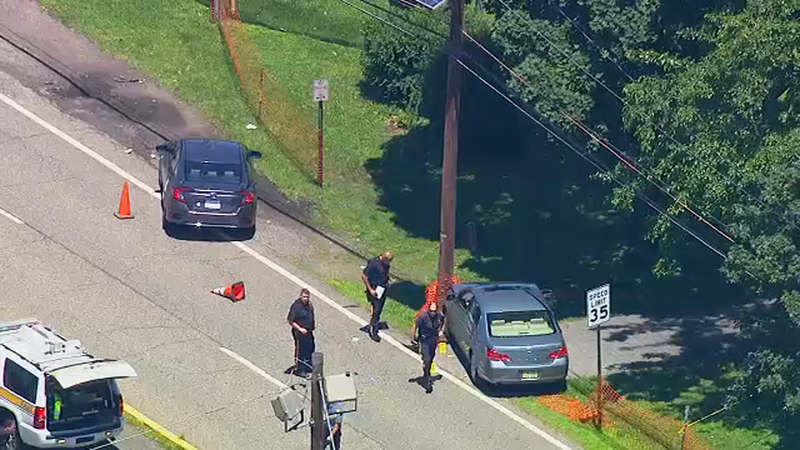 It happened on Midtown Bridge Road in Hackensack just before 11 a.m., when authorities say a Honda Civic traveling westbound stopped in the roadway to allow a female pedestrian to cross.

The driver of a Toyota Avalon traveling in the same direction was unable to stop and attempted to avoid the collision by swerving around the vehicle, and in doing so sideswiped the Honda and careened off the roadway, striking the woman and slamming into a telephone pole.

The city DPW worker was installing a temporary fence and was also struck, though it is unclear if he was hit by the car or debris.

The DPW worker, 61-year-old Roger Petrocelli, suffered multiple non-life threatening injuries and was also transported to the hospital for treatment.

The investigation is ongoing, and thus far, no summonses have been issued. There are no pedestrian crossings in the area where the collision occurred.