The first crash happened at about 9:30 a.m. in the northbound -- or Rockland County-bound --lanes of Interstate-87 on the bridge.

State police said crash-after-crash happened after the first one, resulting in at least six separate crashes involving about 25 vehicles.

Four injuries were reported, including a woman who was thrown from her car and pinned against the guardrail. All suffered non-life threatening injuries.

State police temporarily shut down the southbound side -- or Westchester County-bound -- lanes to allow ambulances to get to the scene.

As of 2:45 p.m., all but one Westchester-bound lane have reopened to traffic. Though, residual delays are likely throughout the afternoon.

The bridge continues to be extremely slippery because of the winter weather conditions.
All drivers on the bridge were stuck in stand-still traffic. 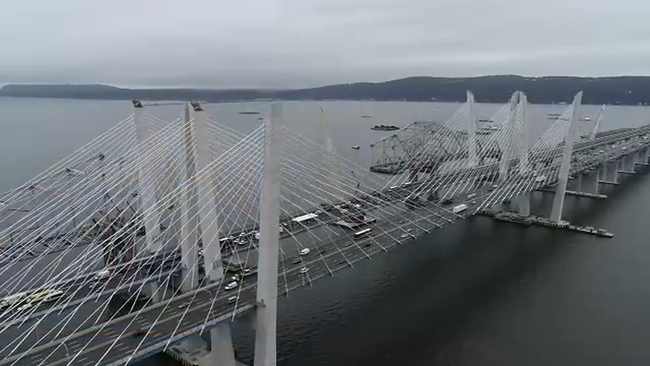 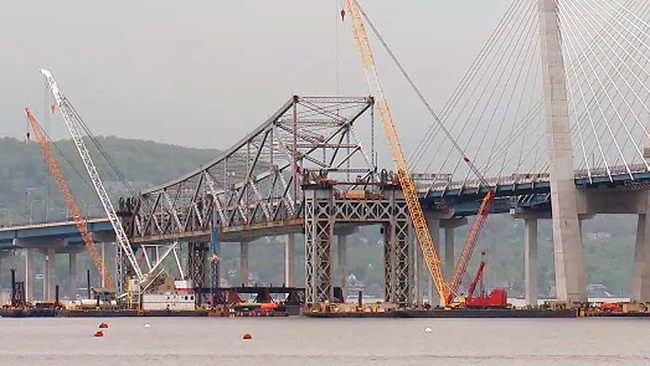 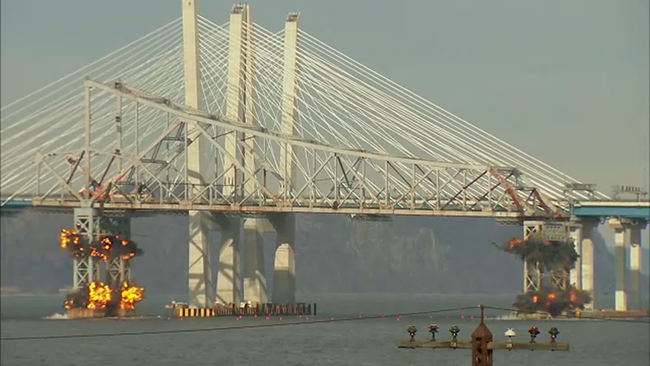 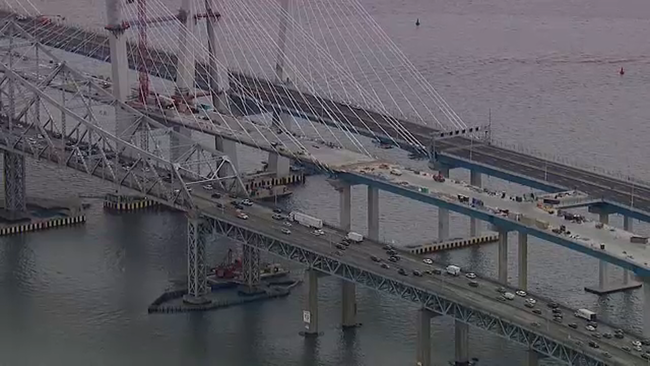