1 dead, 2 critically injured including toddler in crash on Atlantic Avenue in Queens 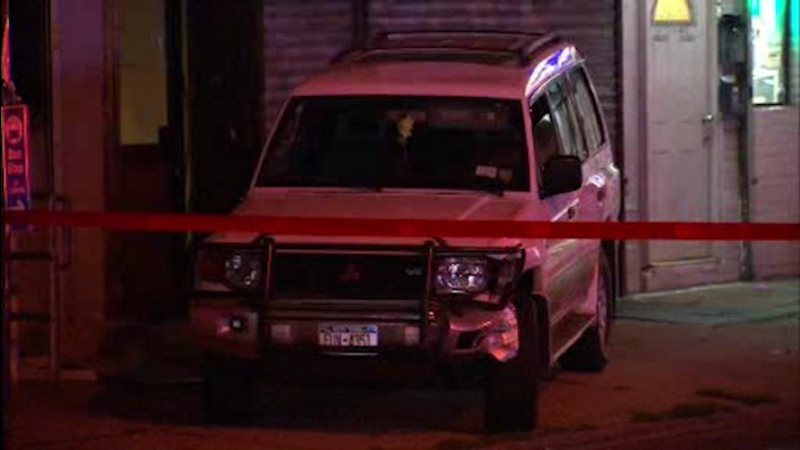 RICHMOND HILL, N.Y. (WABC) -- One woman is dead and another woman and 2-year-old girl were critically injured after a crash involving at least two cars in Queens.

"I heard that bang," said Maria Sierra, an eyewitness.

And then came the screams of an older family member who tried to shove the little girl out of the way.

"I mean she screamed like people here who live in the basement heard her screaming. Saved the baby's life, yeah she really did," Sierra said.

"I saw a little girl like under the car and the other woman hit the wall of the building and that was that. You could see the tire marks on her stomach. It was bad," said Norman Alsaidi, an eyewitness.

The 48-year-old woman and the two drivers are listed in stable condition.

The little girl is listed in critical, but stable condition.

The drivers of both cars stayed at the scene as cops searched for eyewitnesses, and surveillance video, to help figure out what had happened.

"I was at the red light for two seconds and it passed me so it was definitely a red light," Alsaidi said.

Their best witnesses turned out to be two of their own. A sergeant and officer, who'd been at this very intersection, and watched the crash unfold before their eyes.

Police determined the SUV's driver had run a red light, shattering a family, as they stood at the bus stop, minding their own business.

"The woman that ran the red light she came out she was very shocked. She just said, 'I'm sorry', that's it," Alsaidi said.