5 burned after fireworks explode in SUV trunk on NY Thruway 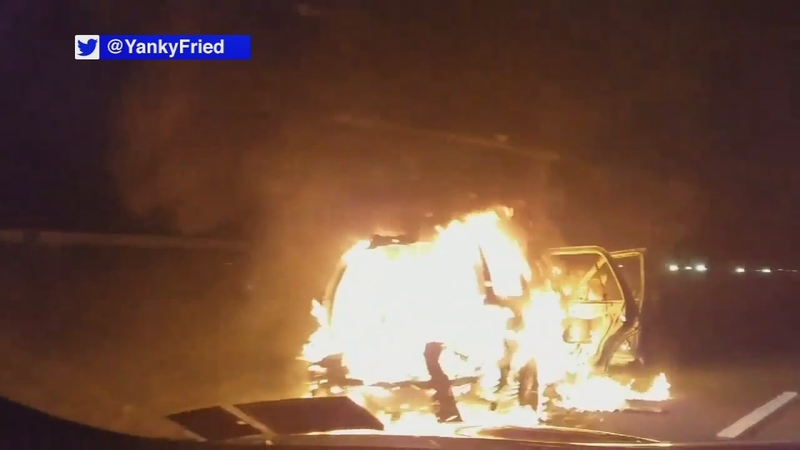 TUXEDO, New York (WABC) -- An SUV burst into flames on a New York highway when an electrical problem caused fireworks in the trunk to explode Monday night, injuring five people.

State police said the Lincoln Navigator was traveling southbound on the Thruway in Tuxedo at around 9:30 p.m. when the electrical problem ignited the fireworks that were in the back.

Five people were in the car at the time, and smelled smoke coming from the back of the vehicle. Then the fireworks began to ignite and caught the SUV on fire.

Five people were inside and suffered serious burns. All were taken to Westchester Medical Center for treatment.

See video of the burning SUV in the player above.

Only the SUV was involved.

The incident is under investigation. It's not clear what caused the electrical problems.

Charges are possible against the people in the vehicle because the fireworks are illegal.