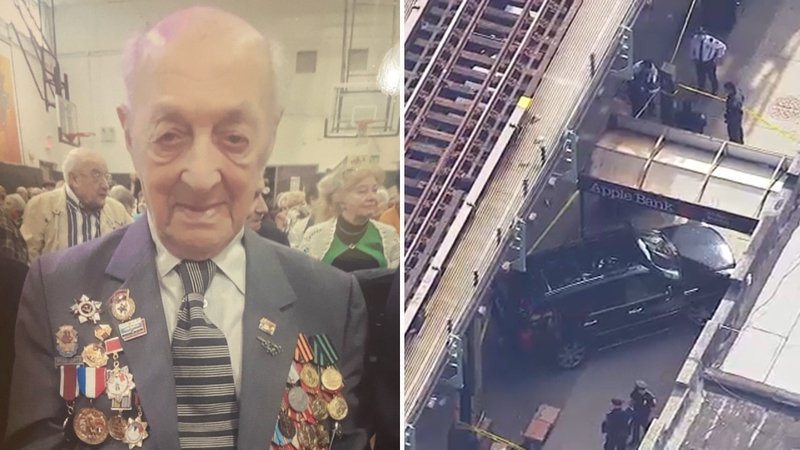 BRIGHTON BEACH, Brooklyn (WABC) -- A family is in mourning after a 97-year-old man was fatally struck by a car that crashed into an Apple Bank in Brooklyn.

The victim, Volf Ferdman, was heading to the bank at the time of the crash.
Police say a 79-year-old driver was attempting to pull out of a parking lot.

The Cadillac Escalade he was driving jumped the curb and struck the victim, pushing him into the front of the bank.

Ferdman was taken to NYU Langone Hospital-Brooklyn where he later died.

His granddaughter, Svetlana Statsyuk, said he was independent and lived by himself after his wife died last year.

"He loved to go outside and talk to people, he had friends," she said.

Ferdman came to the United States about 20 years ago from Ukraine to make better memories after years of hardship.

His granddaughter said he survived WWII, but never liked to speak about the experience.

Statsyuk said he had just celebrated his 97th birthday last month. It's all hard to digest for his family.

"How did it happen that he was at such a speed he pinned him to the wall? I don't know, I don't pass judgments," Statsyuk said.
The driver was not hurt. The accident remains under investigation.

Josh Einiger has more on the increasing vaccination efforts in New York.