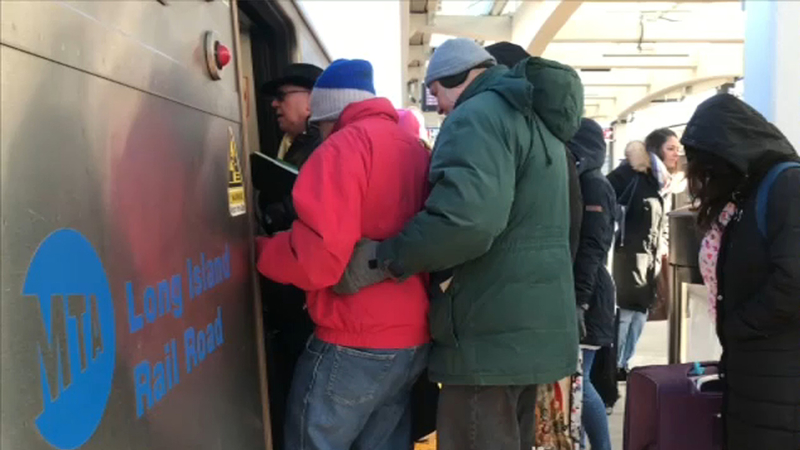 One of the LIRR's two westbound Main Line tracks was knocked out of service because of a broken rail in Queens.

Trains sat, idling as passengers waited. Many would be delayed for an hour.. and in some cases, ninety minutes.

Some trains were canceled.

On every platform at every station along the Main Line, the scene was the same: Frigid, frozen, frustrated people waiting for trains.

Hempstead Branch trains also experienced delays, while Ronkonkoma Branch trains made all local stops to accommodate customers whose trains were canceled as the result of congestion and equipment shortages.

The broken rail at Queens Village was repaired in time for the evening rush, but delays and cancellations were still expected as a result of a shortage of equipment due to earlier broken rails caused by extremely cold weather conditions.

Meanwhile, NJ Transit Train service in and out of Penn Station in New York City was experiencing up to 45-minute delays most of the day due to single tracking as a result of Amtrak overhead wire problems.

Amtrak hoped to have the issue resolved by the evening rush hour, but delays were still expected.