WABC
By Eyewitness News
NEW YORK (WABC) -- New York Governor Andrew Cuomo and the MTA on Monday announced how the agency will spend $27 billion as part of the five-year Capital Program to renew and expand the MTA network.

The agency is focused on modernizing subway cars and stations, and more than 1,000 new cars will be ordered that feature wider doors and an open-end design.

More than 30 stations will be overhauled, with construction expected to take just six months for each station.

The state is providing more than $8 billion of the plan, which will reduce wait times and increase capacity.

"New York deserves a world-class transportation network, worthy of its role as the heartbeat of the 21st century economy," Cuomo said. "The MTA design team developed a bold and visionary reimagining of the quintessential commuter experience, incorporating best practices from global transit systems, and focusing on our core mission to renew, enhance and expand."

Check out the renderings here:

--Open Car End Design: The MTA anticipates that out of 1,025 new cars, up to 750 will feature an Open Car End designed. The Open Car End design replaces the door between cars with an accordion-like connector in order to create longer, open spaces, allowing for greater passenger flow movement and increasing capacity in the process. These cars have become an international standard: in London 31 percent of cars will be Open Car End by the end of the year; in Paris the figure climbs to 37 percent; and in Toronto to 56 percent.

--Wider Doors: The door width of the new cars will be expanded from the current MTA standard of 50 inches to 58 inches. Wider subway doors can reduce delays by allowing customers to enter and exit more quickly, and have become an international standard. According to a computer simulation of passenger flow conducted on behalf of the MTA, in crowded scenarios wider doors can reduce a train's 'dwell time' in the station by 32 percent.

--Exterior Features: Design elements for the exterior of the new subway cars include a new blue front with large windows, LED headlights, and a blue stripe with gold accents along the sides.

The announcement highlighted key elements of the governor's initiative to create a new and improved design standard for subway stations, and undertake extensive renovations at 31 stations from across the five boroughs. The 31 stations included in the program build upon a larger campaign, designed to improve the customer experience, and includes component and renewal work at more than 170 other stations. Design elements include:

--Enhanced lighting throughout the stations;
--Improved signage to make it easier for customers to navigate stations, including digital, real-time updates on on-time performance at subway entrances, before customers even enter the station;
--Inclusion of amenities, such as count down clocks, improved cellular connectivity, Wi-Fi and new art; and
--Renovations will also consider the architectural legacy of each station, and remain sensitive to historical elements as the stations undergo redesign.
Related topics:
trafficnew york cityandrew cuomomtasubway
Copyright © 2020 WABC-TV. All Rights Reserved.
MTA 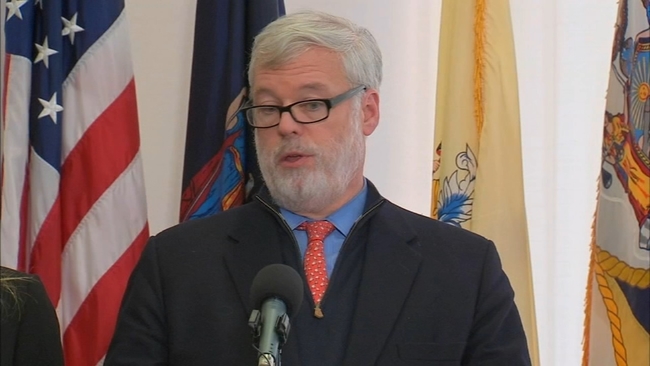