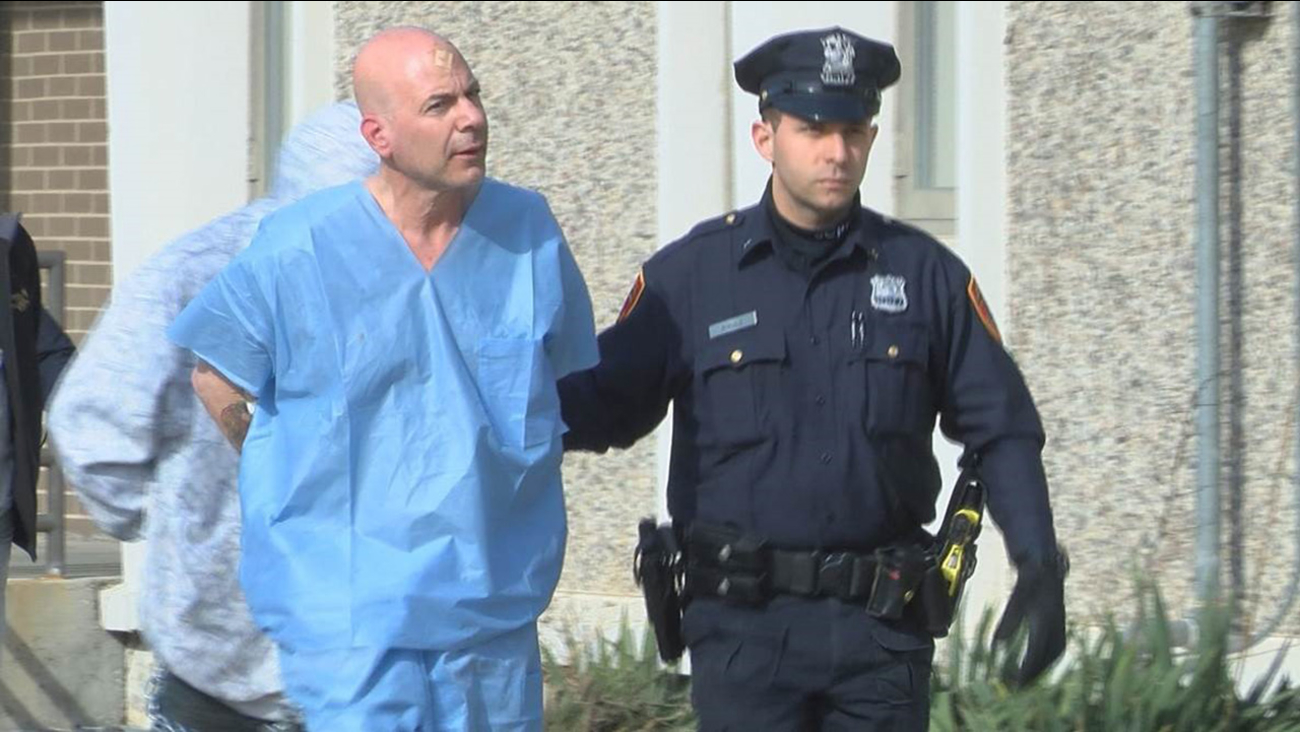 Stefano Belloisi, 51, of Deer Park, is charged with reckless driving and criminal possession of a controlled subtance in the incident, which happened on Prairie Drive in North Babylon around 2 p.m.

Exclusive video was released by FiOS1.

Authorities say the postal worker was standing at the back of his truck going through the mail when Belloisi's Lincoln Continental veered off the road and struck him.

"I was in my house, and I heard a boom," neighbor Jason Lesley said. "Then, about three or four seconds later, another boom, then what sounded like a shot of water coming up. And I was realizing the hydrant being under the gentleman's car."

PHOTOS: Scene of crash where postal worker was struck

The victim suffered extensive injuries to his legs and was airlifted to Stony Brook University Hospital.

"I came outside and I saw a car smashed into my telephone pole," said Lesley, a registered nurse at Jamaica Hospital. "I saw my mailman about 30 feet down the block laying on his side. I thought he was deceased. He wasn't moving...I walked up to him, and his leg was severed. It was completely off."

Police say Belloisi also struck a fire hydrant and a telephone pole. He refused medical attention at the scene.

Detectives are asking anyone who may have seen Belloisi driving prior to the crash or have any information on the crash to call the First Squad at 631-854-8152 or Crime Stoppers at 1-800-220-TIPS.
Related topics:
trafficnorth babyloncar crashtraffic accident
Copyright © 2021 WABC-TV. All Rights Reserved.
More Videos
From CNN Newsource affiliates
TOP STORIES