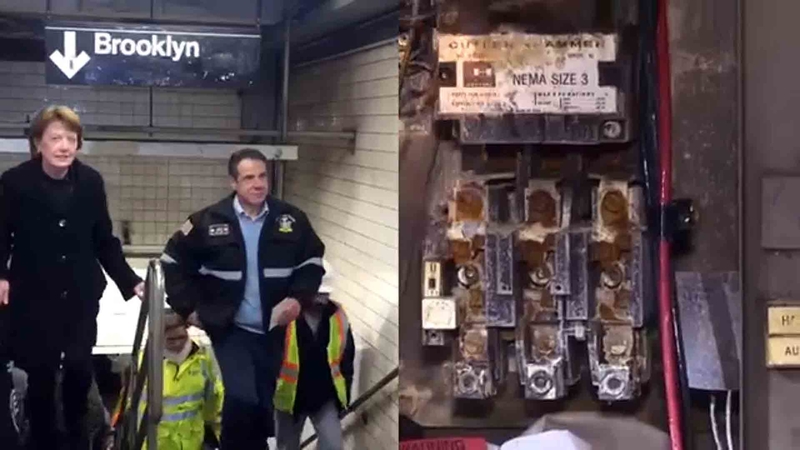 Transit Authority President Andy Byford accompanied Cuomo on the inspection, which took place from about midnight to 1:30 a.m. Friday.

Cuomo also had his own team of experts with him on the tour.

The governor said he wants to see if the L-train shutdown scheduled to start in April will really take 15 months, as planned.

The governor said he will give his team of engineering experts about three weeks to see if there is a way to repair the tunnel without shutting it down completely for such a long period of time.

The closure of the Canarsie Tunnel's two tubes is set to begin Saturday, April 27.

The Canarsie Tunnel was one of nine underwater tunnels that flooded during Superstorm Sandy in 2012, causing extensive damage to tracks, signals, switches, power cables, signal cables, communication cables, lighting, cable ducts and bench walls throughout a 7,100-foot-long flooded section of both tubes.

The April shutdown is expected to impact more than 220,000 commuters.