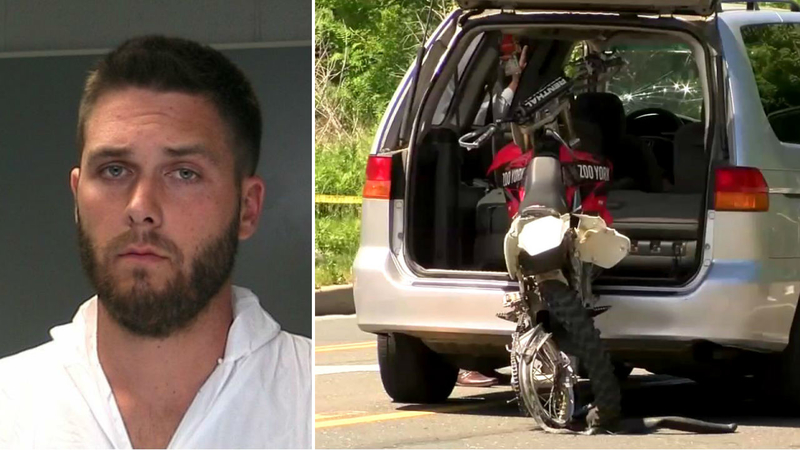 CENTRAL ISLIP, Long Island (WABC) -- Tuesday was sentencing day for a man on Long Island who drove a minivan into two men and killed them while looking for a dirt bike he believed they stole.

28-year-old Christopher Bouchard of Mastic Beach was sentenced to 3-and-a- half to 10-and-a-half years in state prison.

Bouchard's attorney said his client accidentally rear-ended the dirt bike when it made a sudden stop back in 2017 in North Bellport.

But Investigators said he intentionally struck 20-year-old Anthony Garriques and 19-year-old Keenan King with his minivan, killing both of them.

The plea deal was agreed upon by the victims' family members in conjunction with prosecutors.

"I never meant to hurt anyone," said Bouchard in a statement. "I think about that day every day, and wish I could take it back."

In sentencing Bouchard, the judge said this was no accident. It was an emotional day for the victims' families.

"He was a good kid...," Anthony Garriques' mother, Lina Garriques, told Eyewitness News after the sentencing. "And I'm a good mother, and my son didn't deserve a death like this."