Boulder 'the size of a building' blocks Colorado highway after rockslide 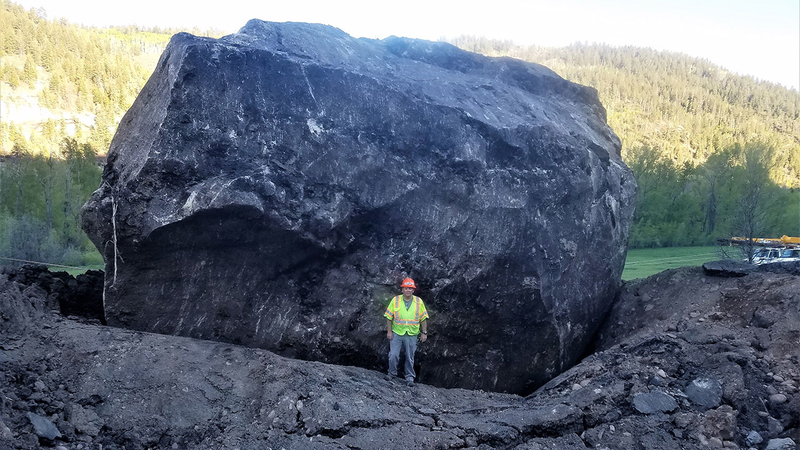 Massive boulder 'the size of a building' blocks highway

CORTEZ, Colo. -- A pair of massive boulders, one described as being the size of a building, rolled off a Colorado hillside and smashed into a highway Friday.

The two boulders "destroyed the full width of the highway pavement" and left an 8-foot-deep trench across both lanes on the roadway. Crews will have to blast apart one of the rocks that settled on the road before it can be re-opened.

The rockslide occurred along Highway 145 between Cortez and Telluride in the state's southwestern corner. The damaged stretch of road will be closed indefinitely while repairs are made.

A photo posted by the City of Ouray showed a person posing in front of one of the boulders, which appeared as big as a two-story house.

It's not immediately clear what caused the rockslide. No injuries have been reported.