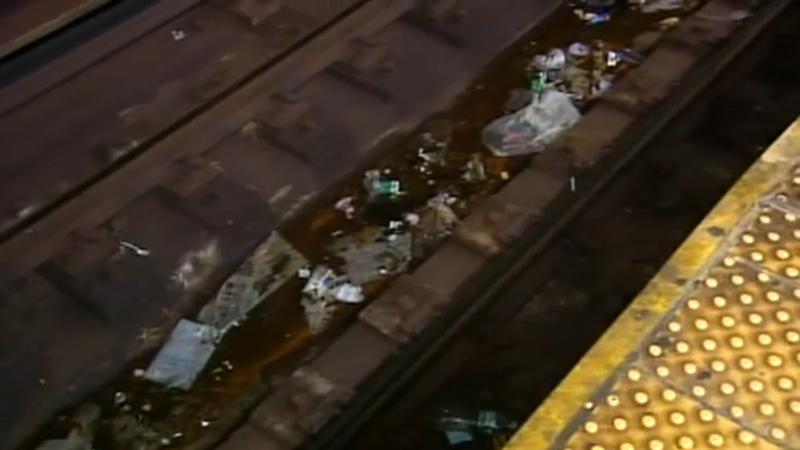 NEW YORK (WABC) -- The MTA is scrapping a plan to pull cleaning crews from the overnight hours.

The change comes amid growing concerns that the strategy was only making some stations dirtier.

The plan was crafted in an effort to save money, but now the MTA is acknowledging their pilot program to get rid of many overnight cleaning crews didn't work.

Conditions were said to be worsening at many stations, with trash on the platforms, overflowing garbage cans, and debris often ending up on the tracks.

Recently, Eyewitness News got an exclusive look at the MTA's new vacuum train, which arrived a year behind schedule but still works better than the one it replaced.

It is able to suck up debris in a single pass and doesn't require trains to be re-routed, which officials say should reduce track fires and delayed trains.

The MTA says people eating food and littering is a big problem on the subway, and some riders agree.

"They sit on the steps, they eat food," straphanger Leo Hood said. "This being Times Square, they come from upstairs, they eat they leave it right there."

Track fires are a major cause of subway delays, but a 7 On Your Side Investigation actually found that since they implemented that new vacuum train, those fires have been on the decline.

There are two more of the vacuum trains are on the way, but the manufacturer is years behind schedule.